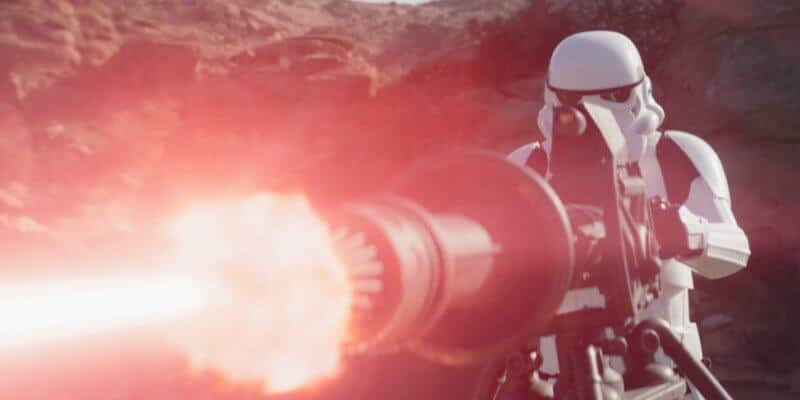 The most recent installment of The Mandalorian — Season 2, Episode 6 (Chapter 14: The Tragedy) — has given Star Wars fans a lot to chew on.

From the awesome return of Boba Fett (Temeura Morrison) — on the 40 year anniversary of Star Wars: Episode V – The Empire Strikes Back (1980), no less –to the stealing of Grogu, this short episode was action-packed.

There was so much going on, in fact, that it was easy to gloss over the fact that Mandalorian creator Jon Favreau and executive producer Dave Filoni once again delved into the rise of the First Order during this era in the Star Wars timeline.

We know, of course, that Din Djarin (Pedro Pascal) and The Child’s adventures take place about five years after Star Wars: Episode VI – The Return of the Jedi (1983), meaning the Empire has been defeated. The Imperial remnant — enter Gideon and his cronies — remains, however.

As ScreenRant points out, Gideon’s forces are becoming an increasingly legitimate threat, proving that the First Order is certainly beginning to rise:

Throughout its first two seasons, The Mandalorianhas shown more and more of the remains of the Galactic Empire gradually became the First Order. As the series has progressed, the Imperial remnant led by Moff Gideon has slowly become a more present and serious threat, culminating in their capture of Grogu (aka Baby Yoda) at the end of the latest episode, “The Tragedy.” Though Gideon’s force seemed ragtag at first, viewers are starting to see more of the foundation that led to the First Order.

In fact, Gideon’s forces now feature a brand new stormtrooper variant — the mortar trooper — whose sole purpose is to deal with explosive mortar weaponry, such as that used during Gideon’s skirmish with Fett, Djarin, and Fennec Shand (Ming-Na Wen) on Tython.

Furthermore, in The Tragedy, we get a glimpse of the future of the First Order when they land, with the sole goal of capturing Grogu. ScreenRant points out:

…the Stormtroopers arrive in landing craft that strongly resembles those of the First Order [see below for Star Destroyer featured in the Star Wars sequel trilogy]. The ship design is easily recognizable but absent from the original trilogy, suggesting that it was either a model produced in the very late days of the Empire, or that Gideon’s forces are already in the process of creating new weapons and equipment. Either way, it’s an interesting nod to what the remnants of the Empire become.

If Gideon’s landing craft is a new design, that suggests he could be more connected to the Imperials in the Unknown Regions than previously thought.

Perhaps, for example, Gideon has been sent to the Outer Rim just to obtain The Child — whose high midi-chlorian count may be the key to unlocking the mystery of Supreme Leader Snoke (and even, perhaps, Palpatine’s clones, if some fan theories are to be believed).

No matter what happens in the final two episodes of The Mandalorian Season 2, it seems reasonable to assume that we will continue to see clues about the rise of the First Order in the Outer Rim moving forward into Season 3 and beyond.

What are your thoughts?