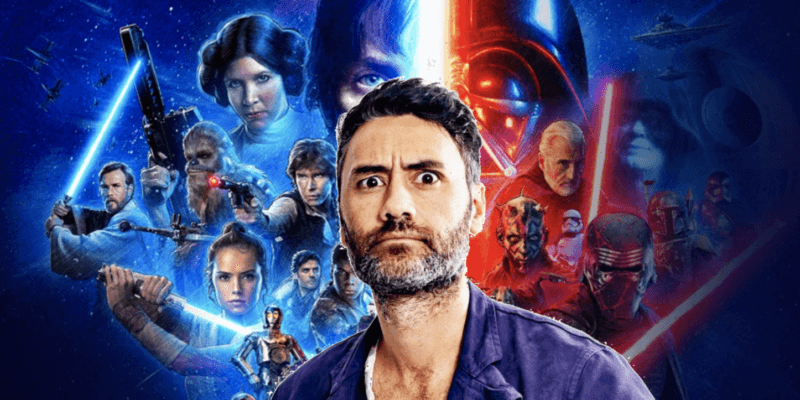 Today, during The Walt Disney Company’s Investor Day event, the company confirmed or expounded on numerous upcoming projects for both theatrical release and the Disney+ streaming platform.

One of the biggest projects that Disney and Lucasfilm discussed was the next theatrical installment in the Star Wars universe. After over 40 years, the Skywalker Saga officially ended with Star Wars: Episode IX – The Rise of Skywalker (2019).

Although all three previously announced Star Wars movies have been delayed, the next film is slated for release in 2023.

However, we can expect Waititi’s Star Wars film to be released in 2025.

A brand-new Star Wars feature with acclaimed filmmaker @TaikaWaititi is in development. Get ready for an unforgettable ride! ?

Despite the pandemic-related production delay, Waititi has confirmed that he’s both started the script for the next Star Wars movie and will begin scouting locations this year — Scotland is one rumored filming site.

Now that we know these details about the upcoming next installment in the Star Wars universe, we will simply have to wait and see how it connects to other newly announced projects. You can read more details about Lucasfilm’s new series here.

Waititi, of course, has already ventured into a galaxy far, far away — he both voiced IG-11 in Season 1 of The Mandalorian and directed Chapter 8: Redemption of the hit Star Wars series.

Are you excited to see where this Marvel movie director takes the Star Wars story on the big screen?