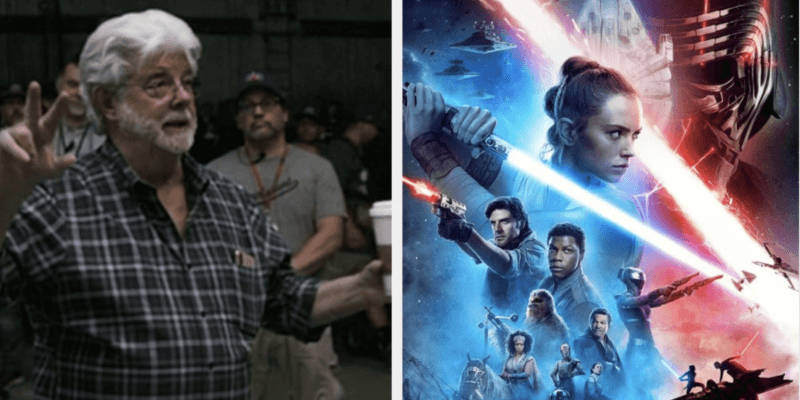 For Star Wars fans, George Lucas is synonymous with the franchise, which he spent decades of his life building before selling Lucasfilm to The Walt Disney Company in 2012 — for a cool $4.05 billion.

“In 2012, I was 69. So the question was, ‘Am I going to keep doing this the rest of my life? Do I want to go through this again?’. Finally, I decided I’d rather raise my daughter and enjoy life for a while. I could have not sold Lucasfilm and gotten somebody to run the productions, but that isn’t retiring. On The Empire Strikes Back and Return of the Jedi I tried to stay out of the way but I couldn’t. I was there every day. I’m one of those micromanager guys and I can’t help it. So I figured I would forgo that, enjoy what I had and I was looking forward to raising my daughter. I’ve spent my life creating Star Wars, 40 years, and giving it up was very, very painful. But it was the right thing to do.”

Now, additional details have emerged via the The Star Wars Archives: Episodes I-III 1999-2005 book. Lucas has confirmed that he had already started a sequel trilogy and that, despite selling Lucasfilm before production officially got underway, he expected to have “more say” in the latest Star Wars films.

“I thought I was going to have a little bit more to say about the next three because I’d already started them, but they decided they wanted to do something else. Things don’t always work out the way you want. Life is like that.”

There have previously been reports that Lucas would consider a return to Star Wars production and direction, but only if he were given back full creative control of the story.

He has also been vocal about not being thrilled with the conclusion of the Skywalker Saga in Episode VII – The Force Awakens (2015), Episode VIII – The Last Jedi (2017), and Episode IX – The Rise of Skywalker (2019).

What do you think? Should George Lucas have had more say in the Star Wars sequel trilogy even after selling the franchise to Disney?