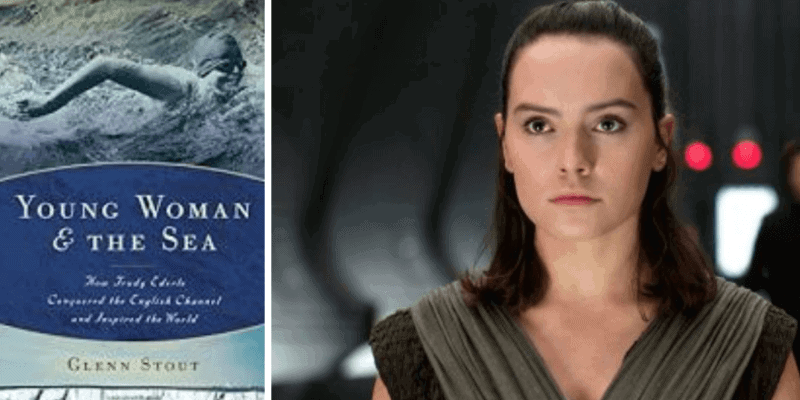 It appears that Disney+ fans will get to see Daisy Ridley as a heroine outside of the Star Wars Universe.

Deadline reports, “Disney+ is negotiating for Daisy Ridley to star and Joaquim Rønning to direct Young Woman and the Sea, a Jeff Nathanson-scripted drama based on the book by Glenn Stout that chronicles the daring journey of the first woman to ever swim across the English Channel.”

Jerry Bruckheimer and Chad Oman are also connected to the project as producers.

Ridley will be diving into the lead role of Gertrude “Trudy” Ederle, the Olympic gold medalist who completed the 21-mile swim from England to France in 1926.

The story goes that Ederle, the daughter of a German butcher from Manhattan, was a competitive swimmer who won gold in the 1924 Olympics and decided to join the race to become the first woman to make the hazardous crossing after only five men had been able to do it.

She began her journey by first swimming the 22 miles from Battery Park in New York to Sandy Hook, NJ, setting a record that stood for 81 years. She also contracted two newspapers to follow and share her story.

In the possible new role, Ridley would also help tell a timeless feminist story, as Ederle utilized innovations unheard of at the time like a two-piece bathing suit (designed by her sister) and using candle wax to make her goggles leak-proof, shattering centuries’ worth of stereotypes through it all.

Related: ‘Safety’ is More Than Just a Football Movie – It’s a Relationship Movie

The production team, so far, appears to be one heavily rooted with Disney. Beyond Ridley’s Star Wars history as Rey, Bruckheimer brought fans the Pirates of the Caribbean films with Rønning directing 2017’s Pirates of the Caribbean; Dead Men Tell No Tales, and Nathanson writing it. Rønning also directed Maleficent: Mistress of Evil.

Neither Ridley, Rønning, nor Disney commented on the matter. We will keep our eyes on this story and will update our readers as more information comes to light.

What do you think about this project? Do you think Daisy Ridley is right for the part? Let us know in the comments!