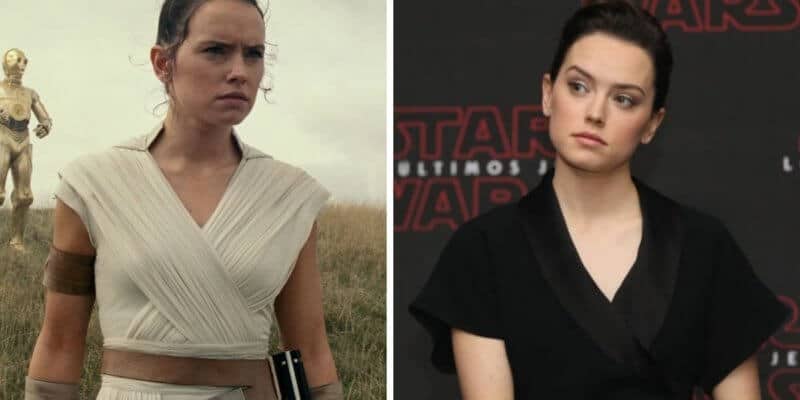 Any Star Wars fan out there knows that Daisy Ridley’s character Rey was one of the best additions to the franchise. After playing the trilogy’s lead in The Force Awakens, The Last Jedi, and The Rise of Skywalker, many of us were left wondering — are we really saying goodbye to Rey?

We have heard from other actors from the Star Wars series on their readiness to leave the franchise, such as John Boyega who played Finn being excited to move on to his next chapter. Now, Daisy Ridley has commented her stance on leaving the ‘The Force’ behind. Indiewire reported that Ridley commented,

“I think for me the beauty of Episode IX is it ends with such hope and such potential. I just feel like that was Rey’s perfect ending. The big battle was in Episodes VII, VIII, and IX. I think really she’s probably running around the forest somewhere having a great time [following the events of ‘The Rise of Skywalker’]. I feel totally, totally satisfied with how that story finished. I just don’t know what else she could do that I didn’t have to do. Also, there are so many amazing characters in Star Wars, that it’s sort of an amazing thing. I was watching the new episode of ‘Mandalorian,’ and it’s just like the places it can go beyond even where it is now is so exciting.”

From this, it is pretty clear to see where Ridley stands in terms of her time with the Star Wars franchise. Unfortunately, The Rise of Skywalker was not met with the same satisfaction by many viewers — but Daisy has seemingly taken the backlash in a positive and understanding way when speaking of the hate the film received noting, “I think in general that’s because social media and what have you…I guess now conversations are just more public, so there’s stuff I wouldn’t have seen, but honestly trying to scroll through my newsfeed in January and trying to not see Star Wars stuff, I’d see headlines and be like ‘Oh my God this is so upsetting. So it’s been tricky.”

Considering I am new to the Star Wars world, I am super glad to know Daisy enjoyed her time with the franchise (especially because I loved her character so much!). And considering she already brought up The Mandalorian, perhaps there is a world where we can see her character somehow return to the show. Unlikely, yes, but you never know! Until then, I will continue to enjoy the Rey hologram the next time I snag a Boarding Pass for Rise of the Resistance at Star Wars: Galaxy’s Edge.