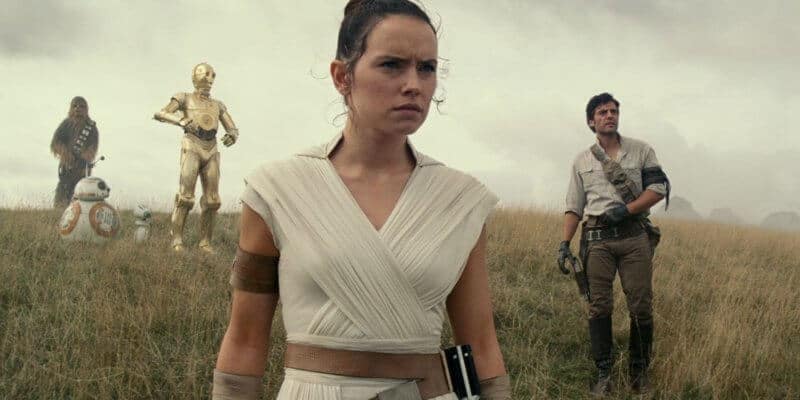 Daisy Ridley, who had few major acting credits to her name before being cast as heroine Rey in the Star Wars sequel trilogy, has spoken out about the challenges she faced finding work once the Skywalker Saga ended with Star Wars: Episode IX – The Rise of Skywalker (2019).

In a recent interview with Entertainment Weekly, Ridley said:

“It was so sad to finish [Star Wars]. When the film [Rise of Skywalker] was released, I was like, ‘Oh my God.’ It was such a huge chapter. And, weirdly, the past few months of not having much… Obviously now it’s really nice to be working, but not having much [at the time] I feel like I processed the last five years. To be forced to slow down, it was good mentally for me because [Star Wars was] a big thing in my life.”

Ridley currently has several projects in the works according to IMDB. The much-anticipated film adaptation of Chaos Walking (which also features Marvel star Tom Holland) is currently in post-production. She is also doing voice work in the upcoming The Inventor and has two other recently announced projects, Kolma and A Woman of No Importance.

As for whether or not Ridley will ever play Rey again, only time will tell. In June 2019, the Star Wars actress told Vulture:

“I can’t actually imagine it right now. The ending to Rise of Skywalker — it’s very satisfying. It felt like an end. I don’t know what’ll happen in however many years.”

Ridley’s co-stars John Boyega (Finn) and Oscar Isaac (Poe Dameron) have both explicitly stated they don’t plan to return to the Star Wars universe, so if Ridley ever did reprise her role as Rey, the storyline would not include the other members of the sequel trio.

What do you think about Daisy Ridley struggling to find work after Star Wars? Would you like to see her return to Lucasfilm and play Rey again in the future?