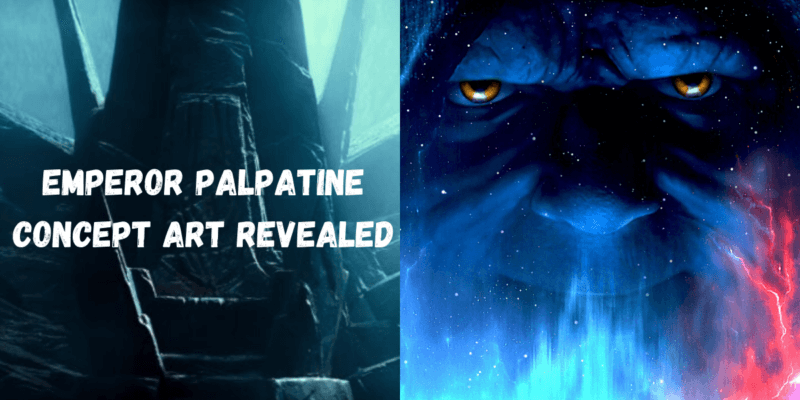 Star Wars fans now have another piece of concept art to appreciate from Star Wars: The Rise of Skywalker. This time, it focuses on Emperor Palpatine.

When it was revealed that the evil Sith Lord Darth Sideous would return to the Star Wars universe, the question of his appearance was discussed and debated across the web up until the release of the film. It was also a question that the filmmakers had to answer themselves.

“At the very beginning of production, I was on my own developing designs for Palpatine’s return. Due to secrecy at the time and I was locked away in my own dark office, let out once a week to review designs with JJ. This pencil sketch is from the very first batch #StarWars”

At the very beginning of production, I was on my own developing designs for Palpatine's return. Due to secrecy at the time and I was locked away in my own dark office, let out once a week to review designs with JJ. This pencil sketch is from the very first batch #StarWars pic.twitter.com/dJ9ivslM6D

One of Palpatine’s key characteristics–and one that was intended from the start–was his grotesque disconnect from his previous humanity and the overall natural order. While fans would still go on to see the chief antagonist connected to a similar machine, this picture displays him far more robotic than his final form.

The decision to bring Palpatine back from the dead was, apparently, Kathleen Kennedy’s decision. In an earlier interview, writer Christ Terrio explained:

“Kathy had this overall vision that we had to be telling the same story for nine episodes. Although from the sleight of hand of Episode VII and Episode VIII, you wouldn’t necessarily know immediately that we were telling the same story. She thought it would be a very strong end for the ninth movie. This fits well with J.J. because he loves magic tricks. He will often talk in metaphors and magic tricks, and so in Episode VII and Episode VIII, you think you’re watching one thing but Episode IX tells you to watch more closely – you were actually watching something else.

“When you rewatch the earlier films, things start to make additional sense. Ren and his devotion to the idea of his grandfather. The voice that he’s always heard in his head. The certain similarities between Snoke and Palpatine. The intention was that, by the time you get to Episode IX, you realize there were real reasons this is all happening. It all shows how this story is being fought cyclically through the series.”

Star Wars: The Rise of Skywalker is currently available for streaming on Disney+.

Were you happy to see Emperor Palpatine return? Why or why not? Let us know in the comments!

Comments Off on PHOTO: What Emperor Palpatine Almost Looked Like in “Rise of Skywalker”