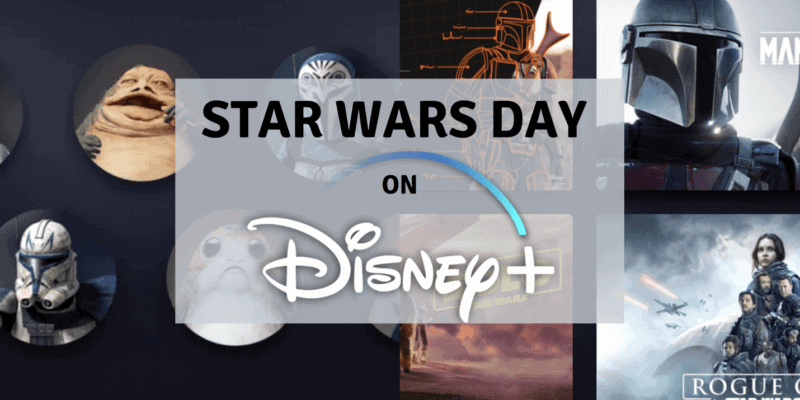 May the 4th be with you! Disney Plus is celebrating Star Wars Day 2020 with seven brand new Star Wars profile avatars and exciting new Star Wars content.

The new Disney+ avatars are Darth Maul, Jabba the Hutt, the D-O droid who befriended the heroes in Rise of Skywalker, a Porg, and Captain Rex and Bo-Katan from Star Wars: The Clone Wars.

We love that the new Disney Plus Star Wars profile picture choices represent a wide range of characters from the Skywalker saga and Disney original Star Wars television series. Whether you want to celebrate the original trilogy with a Jabba avatar or you the end of the Clone Wars series with Captain Rex as your profile picture, Disney+ has you covered.

The Walt Disney Company has gotten into the spirit of Star Wars Day this, releasing all sorts of new content on their Disney+ streaming platform. In addition to Disney Gallery: The Mandalorian and the series finale of Star Wars: The Clone Wars, Star Wars: Episode IX – The Rise of Skywalker is now streaming, along with all eight of the other films in the Skywalker saga. Binge-watching time!

The Disney+ interface has also been overhauled with gorgeous Star Wars concept art. Every movie and television show that takes place in the Star Wars universe has received a new image that celebrates the concept art that has brought the franchise to life over the course of 40+ years.

Ralph McQuarrie’s vision for the ice planet, Hoth, is featured in the new cover image for The Empire Strikes Back. McQuarrie passed away in 2012, but his integral role in the Star Wars story lives on today.

How are you going to celebrate Star Wars Day Disney+ style? Tell us what you’re most excited about in the comments!