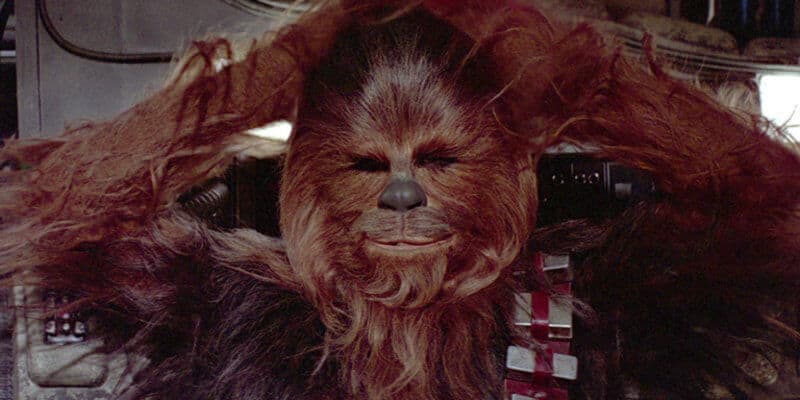 While my fondest memory of May the 4th is dancing with Jedi Mickey Mouse in the middle of Disney’s Hollywood Studios (seriously, he was breakdancing right in front of me), it doesn’t mean that this year can’t be fun. There’s a whole host of ideas that we Star Wars fans can be doing to celebrate Star Wars day from the comfort of the home.

What better way to celebrate Star Wars than sitting down to watch some of the greatest movies ever made. From The Phantom Menace right to The Rise of Skywalker, everyone has a favorite and although I will most likely get a lot of abuse for this, my favorite is Revenge of the Sith, by quite a distance.

So grab some popcorn and sit down to enjoy your favorite movie on Star Wars Day.

Related: What order you should watch the entire collection of Star Wars films and television shows

Pick up a book

The Star Wars books unlock an entire wealth of new stories for you to enjoy and while not all of the back catalog is now regarded as canon, there’s a huge selection of books to choose from.

A few favorites of mine that fit into the official Star Wars timeline include Ahsoka, Aftermath, Lando’s Luck, and Queen’s Shadow.

If you’re interested in reading books from the Legends collection (books that aren’t canon), then I’d recommend Heir to the Empire, Jedi Apprentice, Kenobi, and Shadows of the Empire.

If you’ve never read a Star Wars book you are seriously missing out on some of the best storytelling the franchise has to offer.

Listen to Star Wars stories from the actors in the movies

This is a great one for younger fans of the Star Wars franchise as Disney has been sharing many of the actors from the movies reading short stories to keep people occupied during lockdown.

So far we have had Anthony Daniels (C-3PO), Daisley Ridley (Rey), Joonas Suotamo (Chewbacca), and Ashley Eckstein (Ahsoka Tano) all getting involved to read stories.

Watch the epic conclusion of Star Wars: The Clone Wars

The final episode of The Clone Wars animated series arrives on Disney+ on Star Wars Day and given how incredible the last series has been, this is an episode you’re going to want to watch as soon as it drops.

Personally, I rate The Clone Wars as one of the best things to ever come from Star Wars and as much as I will be sad to see it finish, I can’t wait to watch its conclusion.

Make your own Star Wars-inspired dish

Whether you want to recreate the blue or green milk from Galaxy’s Edge or want to create cookies using Wookiee cookie cutters, get creative on Star Wars Day by crafting something delicious and themed to the franchise from your kitchen.

Be sure to share what you make with us here at ITM, we will most certainly be sharing some of our favorites!

There have been so many fantastic Star Wars video games over the years, each telling a unique and interesting story to play and enjoy.

A couple of recent hits include Battlefront 2 where you can play out pretty much any battle that has happened during the Star Wars timeline and Fallen Order where you play as a Jedi on the run from the Empire after the events of Revenge of the Sith.

There’s a new 8-part documentary hitting Disney+ on Star Wars Day that takes fans behind the scenes of The Mandalorian. Series creator Jon Favreau had this to say on the new series:

Disney Gallery: The Mandalorian is an opportunity for fans of the show to take a look inside and get to see a different perspective, and perhaps a greater understanding, of how The Mandalorian came together and some of the incredibly talented contributors throughout Season One.

Who cares if you’re stuck at home! Dress-up as your favorite Star Wars character and show off your fandom. I’m going to be working all day on May 4th but will still be donning my Kylo Ren mask in as many Zoom video calls as I possibly can. 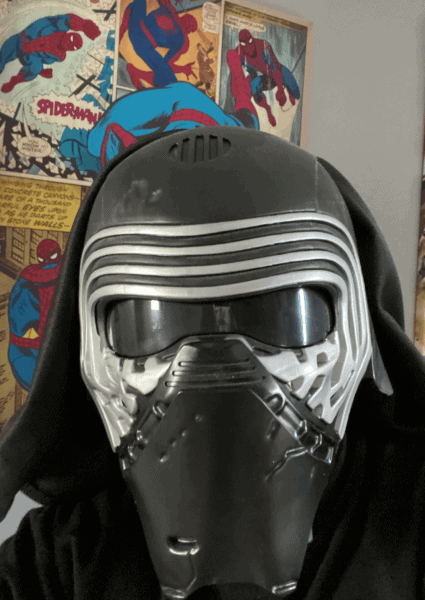 I appreciate this will be terrifying for many people not expecting to see the Supreme Leader join a video call but I’m not bothered, it’s Star Wars Day!

Though classic songs like Duel of the Fates and The Imperial March are easy guesses in a game of ‘guess that tune’, spice it up by including songs from across the movies, video games and theme parks.

It takes a hardcore Star Wars fan to be able to correctly guess when a song has come from Oga’s Cantina in Galaxy’s Edge!

Other ideas for celebrating Star Wars Day include building a LEGO set, reading a Star Wars comic and having a home lightsaber battle!

How are you going to be spending Star Wars Day at home? Let us know in the comments below!