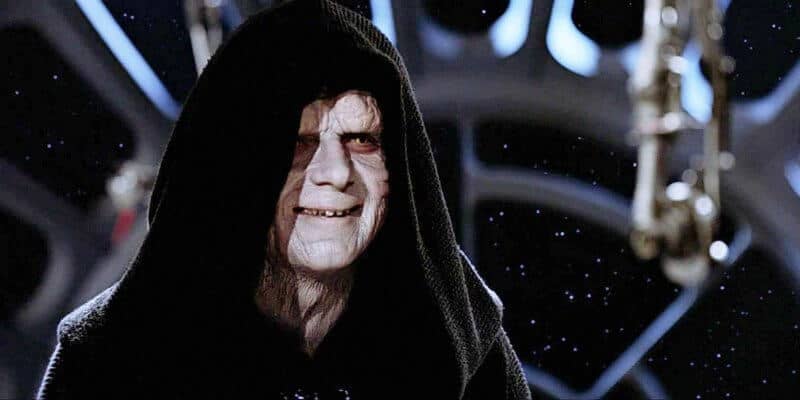 When Star Wars: The Rise of Skywalker announced the return of the Sith Lord, Emperor Palpatine, people began to wonder “How the heck did Palpatine survive the destruction of the Death Star during the Battle of Endor in Return of the Jedi?”

We waited to get our answer from the film. But director J.J. Abrams fell short of providing us with a direct answer. We were left to create an educated guess that Palpatine was a clone based on the cloning equipment and the life support he was attached to. But now, it appears we have confirmation that Palpatine is, in fact, a clone thanks to revelations made in The Rise of Skywalker: The Novel.

While the novel isn’t scheduled for release until later this month, some early copies were circulated at the C2E2 event in Chicago and the following passage was launched across the internet. It is an extension of the scene where Kylo Ren first arrives on Exegol.

“All the vials were empty of liquid save one, which was nearly depleted. Kylo peered closer. He’d seen this apparatus before, too, when he’d studied the Clone Wars as a boy. The liquid flowing into the living nightmare before him was fighting a losing battle to sustain the Emperor’s putrid flesh.”

“What could you give me?” Kylo asked. Emperor Palpatine lived, after a fashion, and Kylo could feel in his very bones that this clone body sheltered the Emperor’s actual spirit. It was an imperfect vessel, though, unable to contain his immense power. It couldn’t last much longer.”

The novelization of Star Wars: The Rise of Skywalker is scheduled to be released on March 17, 2020.

The Novelization of Star Wars Movies

Star Wars movies have a tradition of being turned into novels. Since A New Hope premiered in 1977, George Lucas ensured every Star Wars movie in the Skywalker Saga received an official novel adaptation. And in each novel, new insights into the Star Wars Universe are provided, just as novels do for their franchises before the movie adaptations.

In my Star Wars articles, I do my best to limit myself to the official Disney/Lucasfilm Cinematic Canon–only the movies and tv shows–as I explain news stories and its significance to my readers who can enjoy a Star Wars film and Star Wars: Galaxy’s Edge, but are not so invested as to pick up comic books and other novels with now-questionable canon status. However, the novels are an official extension of the movies and if a Star Wars fan were to consider branching out beyond the movies and the TV shows, I would suggest he or she start with the novelization of the movies.

Related: New “Star Wars” Film Is Reportedly In The Works

Comments Off on New Version of “Star Wars: The Rise of Skywalker” Confirms Palpatine was a Clone