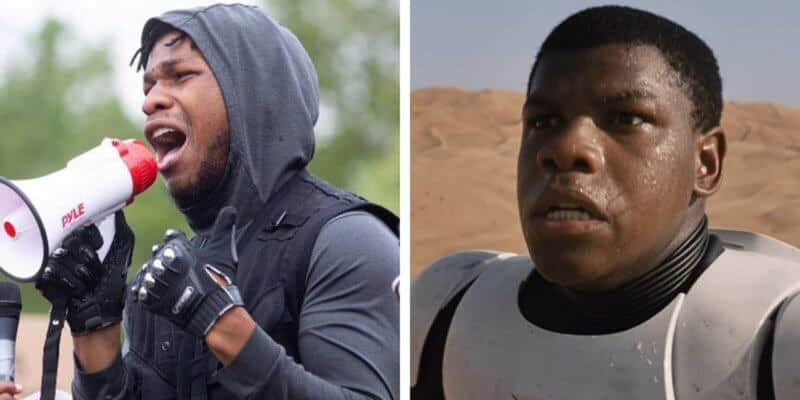 If you have been following along the John Boyega vs. Disney saga, you likely know John Boyega who played Finn in the Star Wars episodes 7-9 spoke out against Disney for having his character be “pushed to the side.” Boyega has been very open about being ready to move on from Star Wars, but his social media and interactions with his co-stars might suggest otherwise.

Me: Oscar that is actually disgusting.

Me: Oscar that is actually disgusting. Oscar: I know.

Although Boyega is ready to leave Star Wars behind, he has never had ill-will towards any of his co-stars. He did note that Disney, “gave all the nuance to Adam Driver, all the nuance to Daisy Ridley. Let’s be honest. Daisy knows this. Adam knows this,” and left his character, unfortunately, feeling rather flat throughout the Star Wars sequel trilogy films The Force Awakens, The Last Jedi, and The Rise of Skywalker. But he never places blame on any of them. It makes sense that Boyega would want to continue to share memories with his friends, even if those memories were made on the set of Star Wars.

The comment Boyega made about inclusivity sparked a fire and everyone began discussing it. Of course, Disney was made aware of Boyega’s feelings and John has since sat down with Disney executives to discuss his treatment, so that the next person of color who enters the Disney team, whether that be in front of behind the camera, does not feel the way he did.

Do you want to see John Boyega one day return to Star Wars?