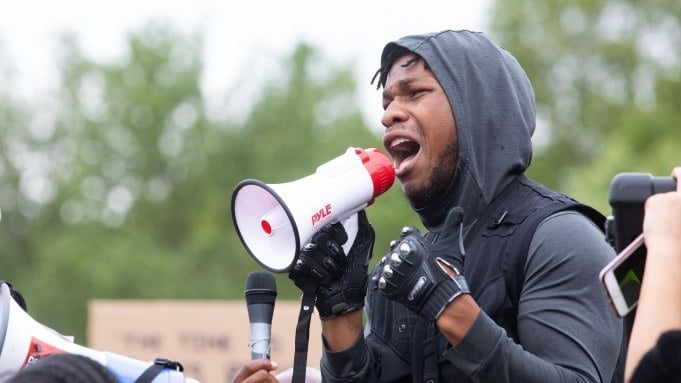 It’s a mixed bag of emotions when it comes to fan reactions of the latest and final installments to the Star Wars Skywalker Saga. Whether you love them or hate them, it is very apparent that there are some glaring issues with the films. John Boyega has never been afraid to voice his opinion on his experience “in a galaxy far far away…”.

Boyega played Finn in the Star Wars episodes 7-9 as one of the leading players in the reboot. During an interview with GQ, the British actor says Disney positioned him as a main character only to be pushed to the side.

What is Boyega’s advice to Disney?

Related: Watch “Star Wars: The Rise of Skywalker” And Rest of Saga For Free

Boyega went on to talk about how his experience with Star Wars was very different from that of his co-stars.

“I’m the only cast member who had their own unique experience of that franchise based on their race,” He said. “Nobody else in the cast had people saying they were going to boycott the movie because [they were in it]. Nobody else had the uproar and death threats sent to their Instagram DMs and social media, saying, ‘Black this and Black that and you shouldn’t be a Stormtrooper.’ Nobody else had that experience. But yet people are surprised that I’m this way. That’s my frustration.”

Finn was not the only character pushed aside

Boyega is not the only character to receive criticism from fans. Kelly Marie Tran was so disliked by fans, she left social media after being similarly cyber-bullied. J.J. Abrams expressed his genuine love for the character at 2019 Star Wars Celebration. However, her character was also given a push back in the latest film Rise of Skywalker. 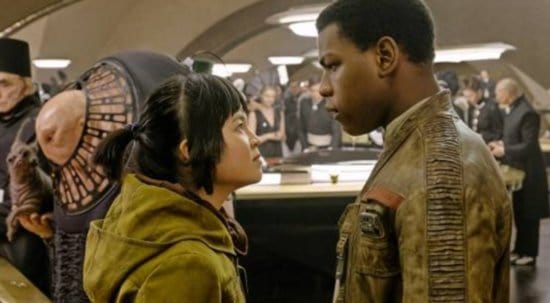 With Boyega already stating that he is “done with Star Wars“, we have to wonder what the future of the beloved franchise will look like.

How did you like John Boyega’s character? Are you sad to see him go? Let us know below!