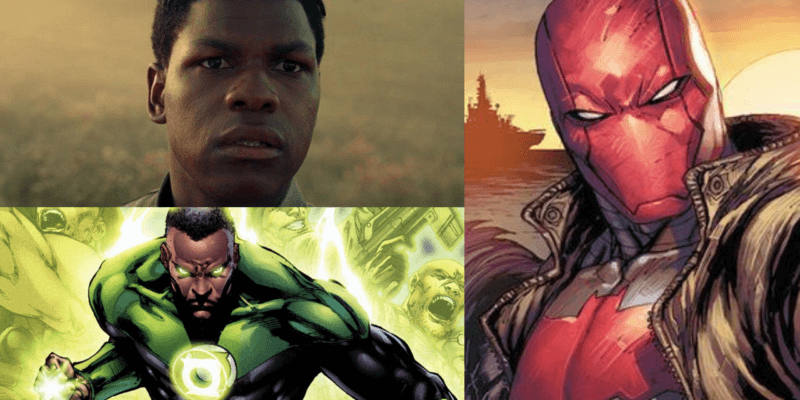 Let’s be honest, while starring in three Star Wars movies should be a big enough achievement for anyone, moving into a comic book movie would make a fantastic next step for actor John Boyega.

As with most big-name actors nowadays, fans often speculate on who they’d like to see them play in a Marvel or DC movie. In this case, it was DC fans who were speculating that John could move into the role of the Green Lantern (specifically the John Stewart version of the character).

While we’ve got no doubt that John Boyega would make a fantastic Green Lantern, he ended up replying to the thread asking if he could be the Red Hood. Check out the thread in full below:

Lmaooooo too funny. I can’t be red hood? Damn ?

Those that are fans of the Batman series will be fully aware of who the Red Hood is but for those of you that aren’t, the mantle is mostly used by Jason Todd in the comics. He operated as Batman’s second Robin who at one point was believed to have been killed by The Joker. Of course, it turns out he wasn’t and he comes back as an anti-hero after a period of time where he actually fights Batman.

Either way, we’d love to see John in the role of Red Hood. He’s been doing a fantastic job outside of the movies in fighting for injustice in the UK and we’d like to see him take some of that attitude and apply it to a hero within the DC universe.

What are your thoughts on John Boyega joining the DC Universe? Let us know in the comments below!