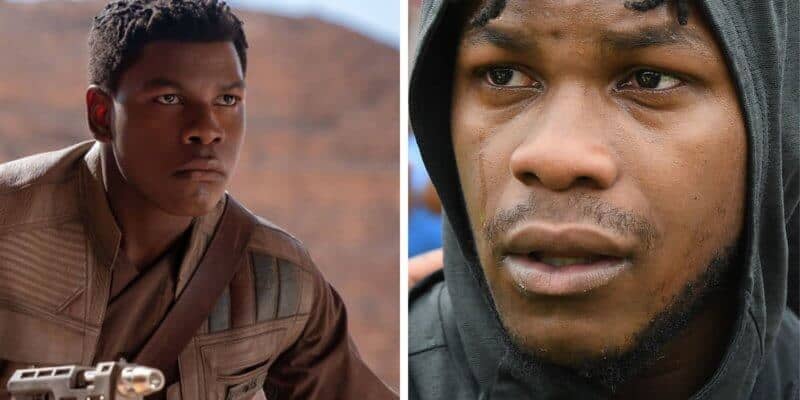 In September, actor John Boyega who played Finn in the Star Wars episodes 7-9 spoke out against Disney for having his character be “pushed to the side”, and only highlighted for his skin color. Since then, Boyega has sat with Disney executives to discuss this.

As a reminder, Boyega stated some advice to Disney for upcoming films, the Star Wars franchise included:

Boyega felt that Disney, “gave all the nuance to Adam Driver, all the nuance to Daisy Ridley. Let’s be honest. Daisy knows this. Adam knows this,” and left his character, unfortunately, feeling rather flat throughout the Star Wars sequel trilogy films The Force Awakens, The Last Jedi, and The Rise of Skywalker.

Boyega’s stance on Disney’s treatment of his character sparked waves across social media and was being talked about by all, and after trending on Twitter, Disney decided to take action.

According to an interview with The Hollywood Reporter, Disney reached out to the Star Wars actor, to have a discussion on what went wrong.

“It was a very honest, a very transparent conversation,” Boyega says. “There was a lot of explaining on their end in terms of the way they saw things. They gave me a chance also to explain what my experience was like. I’d hope that me being so open with my career, at this stage, would help the next man, the guy that wants to be the assistant DOP, the guy that wants to be a producer. I hope that the conversation is not such a taboo or elephant in the room now, because someone just came and said it.”

It seems that Boyega does not hold animosity towards the Walt Disney Company since his main goal here was to help the next actor or production member of color not feel that they have been hired by Disney just as a diversity checkmark.

It’s clear that now, Boyega is ready to move on from Star Wars. In an interview with Comicbook.com he noted:

“I’m ready for life after Star Wars, After Star Wars, that’s when the check clears. Life after Star Wars is about to be lit. It’s bittersweet because of the connections we made on set, the amazing people, important people to my life specifically Oscar [Issac] and Daisy [Ridley]. Now, I’m ready to see our relationships grow and flourish in the real world.”

We look forward to seeing where John Boyega lands next in his flourishing career!

Do you think Finn was pushed aside in the latest Star Wars trilogy? What could Disney do better?