Daisy Ridley Breaks Silence, Rebukes Fans' Hatred for "The Rise of Skywalker" - Inside the Magic 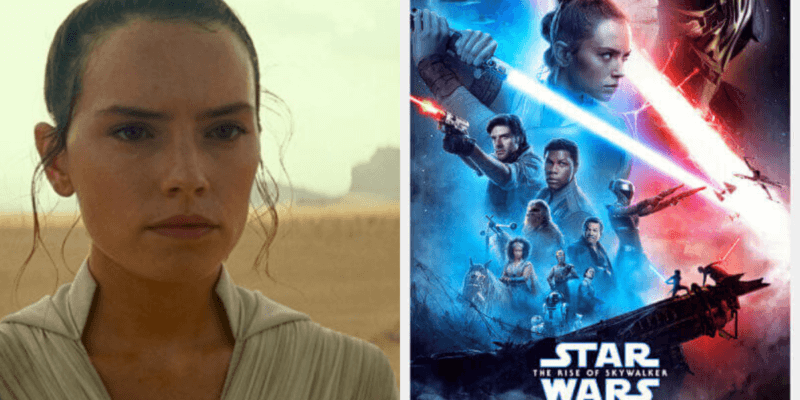 “January [after the TROS premiere] was not that nice. It was weird, I felt like all of this love that we’d sort of been shown the first time around, I was like, ‘Where’s the love gone?'” —Daisy Ridley

Star Wars has grown from a low-budget space opera by George Lucas to a nine-film, multigenerational cinematic saga and one of, if not the largest, most popular, and most beloved franchise of the day. But so often the level of vocal love is matched-if not overwhelmed-by a level of vocal hatred, and there is no better example of that dichotomy than the Star Wars fandom. From Jar Jar Binks and Hayden Christensen to Rose, Finn, and Kylo Ren, Star Wars fans have famously not held back from expressing their disapproval of something new introduced to a Galaxy Far, Far, Away. Especially for Disney and Lucasfilm’s sequel trilogy directed by JJ Abrams and Rian Johnson.

The actors and actresses tasked with bringing the Skywalker Saga to life have each responded in their own ways. But lead actress Daisy Ridley had been notably mum on the issue. Until now. She recently spoke on a DragCast podcast in which she finally shared her feelings regarding all the hate received by the final film The Rise of Skywalker.

“It’s changed film by film honestly, like 98% it’s so amazing, this last film it was really tricky,” Ridley said. “January was not that nice. It was weird, I felt like all of this love that we’d sort of been shown the first time around, I was like, ‘Where’s the love gone?'”

Ridley admitted that social media has played a part in the volume and that everyone has a right to their own opinion. But it was still difficult to find the love she knew was there. She had to remind herself of the love and emotions as she was making the film with her cast and production team, and she admits to facing the same struggle all artists must face when dealing with criticism: being happy with the result despite public opinion.

“I watched the documentary, the making-of [The Skywalker Legacy], this week,” Ridley continued, referencing the documentary on the film’s Blu-Ray release. “And it’s so filled with love, and I think it’s that tricky thing of when you’re part of something that is so filled with love and then people [don’t like it]. You know, everyone’s entitled to not like something, but it feels like it’s changed slightly. But I think in general that’s because social media and what have you.”

“I guess now conversations are just more public, so there’s stuff I wouldn’t have seen, but honestly trying to scroll through my newsfeed in January and trying to not see Star Wars stuff, I’d see headlines and be like ‘Oh my god this is so upsetting,'” she continued. “So it’s been tricky, but then it’s having that thing of I feel really proud of it, and I’m so thrilled to be part of it.”