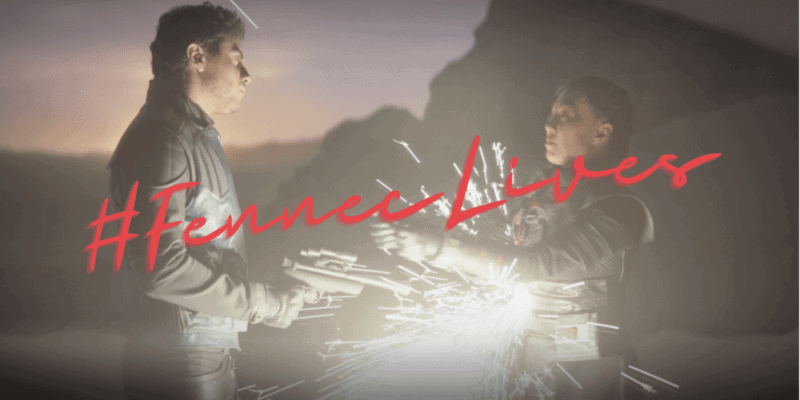 If there’s one actress who wants to return to the second season of The Mandalorian, it’s Ming-Na Wen.

Actress Ming-Na Wen, perhaps best known as the voice of Mulan in the 1998 Walt Disney Animation Studios film, also appeared in Season 1 of The Mandalorian.

The Star Wars Wiki provides the short version of what happened when Djarin and Calican encountered Fennec in the Tatooine desert at night:

After she fired on the pair in the desert, they waited till nightfall then charged at her on speeder bikes, using flash charges to cover their approach.

Shand managed to shoot down Djarin’s bike, but Calican reached her and the pair fought. Shand quickly defeated the inexperienced hunter, but he was saved by the arrival of Din Djarin, who forced the assassin to surrender at blaster point. With only one speeder bike left to carry them, the Mandalorian left to search for a dewback, while Calican guarded Shand. As they waited, she successfully convinced him to turn on the Mandalorian, who was also wanted by the Bounty Hunters’ Guild; however, instead of freeing her as she had hoped, Calican shot and killed Shand, suspecting she would kill him once free.

This is where things get dicey. Fennec was shot at point-blank range in the stomach, presumably gone for good.

But — well, we all remember Darth Maul, right? “Gone for good” doesn’t necessarily mean “gone for good” in the Star Wars universe.

Now, Wen is urging fans to start a #FennecLives petition online to get her character written back into The Mandalorian in an upcoming season — showrunner Jon Favreau has confirmed a third season will shoot in 2021 and Moff Gideon actor Giancarlo Esposito has suggested four seasons are planned.

As per Business Insider:

When asked if Wen would like fans to see more of Fennec Shand in the ‘Star Wars’ universe, the actress said, “I would like for you to start a petition.”

“I think they just announced they [were] picked up for season three,” Wen continued. “So I want you to start a petition, sort of like what they did with #CoulsonLives — #FennecLives.”

#CoulsonLives became an online fan movement after Wen’s “Agents of S.H.I.E.L.D.” costar Clark Gregg was seemingly killed in 2012’s “The Avengers.” Several months after his theatrical death, Gregg’s return to the ABC show was announced at New York Comic Con. The actor credited the fans for bringing him back to life in the Marvel Cinematic Universe.

What do you think? Should fans make #FennecLives trend and see what Jon Favreau does?