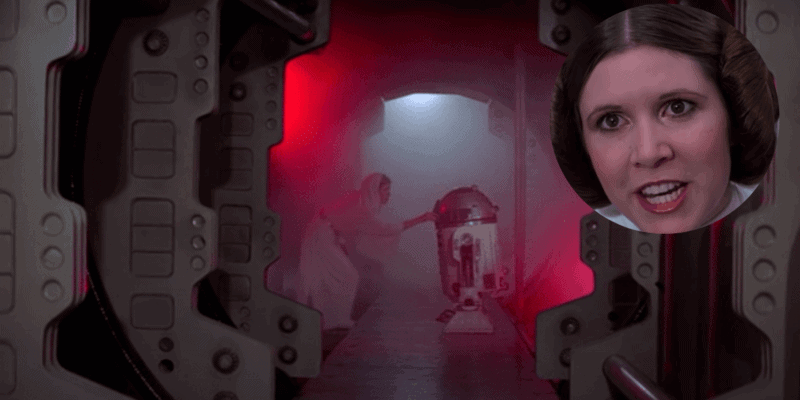 In the Star Wars universe, just about everything is interconnected, which means there are plenty of opportunities for the Lucasfilm creative team to re-introduce popular characters in new and exciting ways.

During the December 18, 2020 airing of The Mandalorian Season 2 finale episode (“Chapter 16: The Rescue”), for example, showrunner Jon Favreau and executive producer Dave Filoni brought Jedi Knight Luke Skywalker (Mark Hamill) back to the Star Wars story via CGI de-aging technology that made Hamill’s face look very much like it did during the Star Wars: Episode VI – The Return of the Jedi (1983) era.

There are rumors that similar technology could be used to bring a young Harrison Ford back in upcoming Mandalorian spinoff The Book of Boba Fett, which is set to premiere on Disney+ in December 2021 and will follow bounty hunter Boba Fett (Temuera Morrison) and sharpshooter Fennec Shand (Ming-Na Wen) as they navigate the criminal underworld on Tatooine — sounds like the perfect opportunity to reintroduce Han Solo to us, but nothing has been confirmed by Lucasfilm.

Before all of this, however, CGI was used for a Princess Leia Organa cameo in Rogue One: A Star Wars Story (2016). The film included a young, computer-generated version of Carrie Fisher as she looked during the original trilogy era. Although Fisher tragically passed away soon after the film’s release, she had approved the character prior to her untimely death — Fisher also appeared, in her late 50s, as General Leia Organa in the Star Wars sequel trilogy before her passing.

This type of technology, no matter how much fun it is for Star Wars fans, is expensive and can look unrealistic, particularly when used for more than a scene or two.

This is why, for instance, Fisher’s daughter, actress Billie Lourd, was cast as a younger version of her mother in the final Skywalker Saga film, Star Wars: Episode IX – The Rise of Skywalker (2019), and Alden Ehrenreich played a young Han Solo in Solo: A Star Wars Story (2018).

Now, it seems there might be another popular actress who could play a young Princess Leia if she ever returns to the Star Wars franchise — a new deepfake video proves that Millie Bobby Brown (Stranger Things, Godzilla: King of the Monsters, Enola Holmes) looks strikingly like Carrie Fisher did at 19-years-old in Star Wars: Episode IV – A New Hope (1977).

While nothing has been confirmed about Princess Leia returning to any upcoming Star Wars movies or series, timeline-wise, she could theoretically show-up in The Mandalorian Season 3 or one of its interconnected spinoffs, Ahsoka or Rangers of the New Republic. Presumably, Rangers of the New Republic will follow Marshal Cara Dune (Gina Carano), who also hails from Leia’s native Alderaan, which would be an intriguing connection for Favreau and Filoni to potentially explore.

It seems unlikely that Leia would be present in The Book of Boba Fett.

It is, perhaps, most probable that Leia could make an appearance if the rumored Luke Skywalker series becomes a reality.

In addition to an ongoing — and immensely popular — Mandalorian saga featuring Din Djarin (Pedro Pascal) and Grogu (AKA The Child AKA Baby Yoda), Lucasfilm President Kathleen Kennedy has confirmed a number of other Disney+ Star Wars series and three feature-length movies over the next few years.

There are also rumors that George Lucas plans to play more of a role in the third season of The Mandalorian and it certainly isn’t out of the realm of possibility that he would want to bring back beloved characters from his original Star Wars trilogy.

What do you think about this impressive deepfake? Would you like to see Millie Bobby Brown join the Star Wars galaxy as Princess Leia?