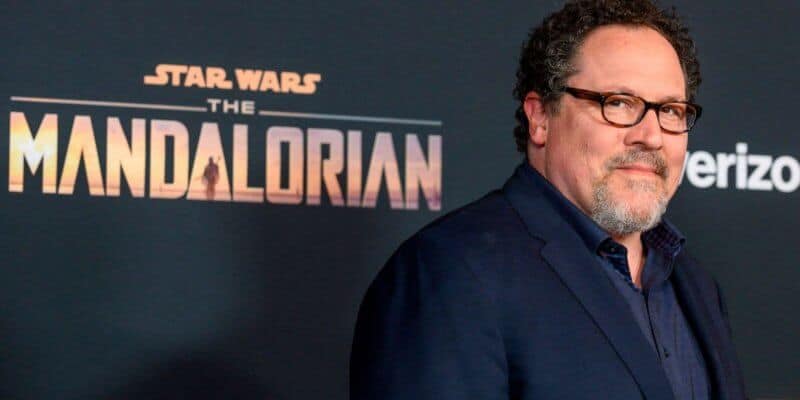 The Mandalorian season two finale brought so many mixed emotions to Star Wars fans everywhere. From shocking moments to big announcements to surprise appearances, fans were left in complete shock, still trying to soak in everything that happened.

Well, this morning on Good Morning America, showrunner Jon Favreau spoke out on some of the shocking moments of The Mandalorian during season two, upcoming projects, and of course that shocking surprise appearance that they somehow kept under wraps.

If you are not yet caught up on The Mandalorian, stop reading now. Spoilers ahead.

ABC’s Good Morning America asked Favreau, “There was a huge moment there, Luke Skywalker one of the most iconic heroes in history, Mark Hamill making a comeback in the season finale there. What went into that decision? There was a risk in doing that and how did you keep that under wraps?”

“It was very tricky,” Favreau said. “It’s very hard to keep a secret these nowadays especially with Star Wars because people are so curious about it and there are so many people involved with the process with visual effects, finishing, making it, filming it, at the studios, everything, and every leak, every piece of casting leaked, and we were so scared right up til it aired that our surprise cameo was going to leak too.”

Related: ‘The Mandalorian’: Where Are We Headed?

He continued, “But we started off the whole series with the Baby Yoda reveal, with the Grogu reveal, that was a secret that everybody was really blown away by and part of that is not telling too many people, not having merchandise that is being tooled up and being announced that kind of thing and then to have the very last episode to have Mark Hamill actually on set filming and us using whatever technology we had available to try and de-age him and try to make him look as much like he did in the old films..”

Good Morning America was, unfortunately, running out of time and so they had to move on, but it sounds like a lot went into trying to keep the surprise Luke Skywalker appearance under wraps so the creative team could really surprise fans.

Also during the interview, The Mandalorian creator shared a special surprise with Star Wars fans — the logo for the upcoming The Book of Boba Fett streaming series! In case you missed it, the upcoming series, which Favreau confirmed will be a separate project from The Mandalorian Season 3, was announced during a post-credits scene in which Boba Fett (Temuera Morrison) and Fennec Shand (Ming-Na Wen) took over Jabba the Hutt’s former palace on Tatooine.

The Mandalorian seasons one and two are streaming on Disney+ now. If you are not yet signed up, you can get started here.

Have you seen the season finale yet? Were you surprised to see the cameos? Let us know in the comments below.