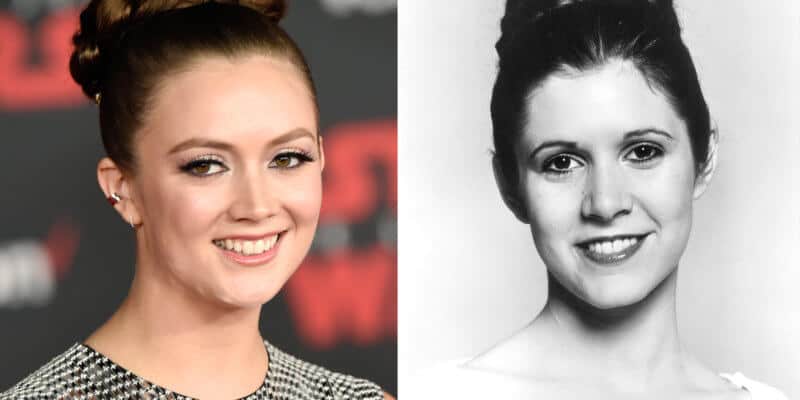 Cops rushed to the home of Star Wars actress — and Carrie Fisher’s daughter — Billie Lourd, after reports of shots being fired at the home. Reports indicate that Lourd was not home during the time, but the incident involved two construction workers who were doing renovations on the star’s home in L.A.

The two construction workers, one who has since been fired from the construction company, got into an argument with one another in which the now-fired employee pulled out a rifle and fired it at the ground. It looks as though no one was injured during the incident. The disgruntled employee allegedly fled the scene after firing the gun.

At this time, it is being reported that the worker who shot the gun and fled the scene has not yet been taken into custody, as police are currently still pursuing him.

Billie Lourd is the daughter of late Star Wars actress and icon Carrie Fisher. She joined her mom in the Star Wars Sequel Trilogy, playing Resistance soldier Lt. Kaydel Ko Connix, and she is known for her other acting roles in Scream Queens and American Horror Story.

Billie now owns the former Beverly Hills homes of her late mother, Carrie Fisher, and her late grandmother, Debbie Reynolds and she’s making one massive estate, which is why construction workers were on site.

Related: Carrie Fisher’s brother says Leia was supposed to be the “last Jedi” in “Rise of Skywalker”

In 2020, Lourd gave birth to her first child, Kingston Fisher Lourd Rydell, as they named in part after her mother. The actress also got engaged to the baby’s father, actor Austen Rydell.

We are glad Billie Lourd is safe and no one was seriously injured during this incident.