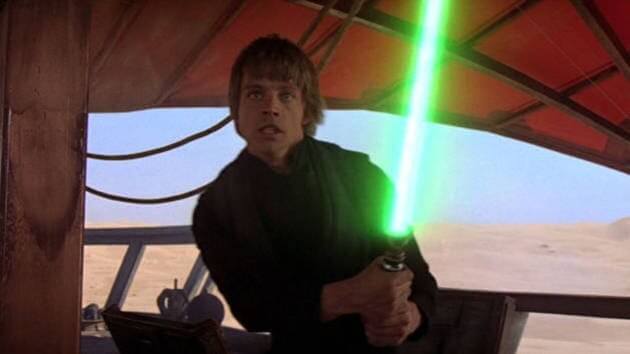 At this point, Disney+ should potentially be renamed “Star Wars+” — jokingly, of course, but with all of the Star Wars content coming down the pipeline, there is a lot for Star Wars fans to look forward to in the coming months and years.

**SPOILERS ahead for The Mandalorian Season 2 finale**

Now, it seems that yet another series set in a galaxy far, far away could be in development. According to a recent report:

Lucasfilm and Disney+ are in the early stages of developing a Luke Skywalker series set around the time era of The Mandalorian! Having been kept a secret in The Mandalorian’s second season finale, Mark Hamill surprised fans with a de-aged look of the character. No word on who is set to direct or produce but as we said this project is in early development.

For all these reports, it’s important to stress that “In-Development” means teams connected to Lucasfilm are prepping and writing the following projects. It does not guarantee they will all make it to air.

As noted above, there is no guarantee that this project — if it is, in fact, being discussed by Walt Disney Company and Lucasfilm executives — will actually be filmed and released.

The fan reaction to Luke Skywalker’s reappearance in the Star Wars universe at the end of The Mandalorian Season 2 finale was, however, overwhelmingly positive, which indicates there is a desire to see more of the iconic Jedi — and his green lightsaber — in future Star Wars projects.

It is, however, unlikely that an entire series would be developed using costly and time-consuming CGI techniques. Therefore, Sebastian Stan — who is currently set to play Bucky Barnes in the upcoming Disney+ Marvel series The Falcon and the Winter Solider (2021) — may finally get his long-rumored chance to portray the iconic Star Wars Jedi Knight.

Skywalker first appeared in Star Wars: Episode IV – A New Hope (1977), alongside Princess Leia (Carrie Fisher) and Han Solo (Harrison Ford), and has become synonymous with Hamill. The actor has indicated, however, that he would now be willing to pass the torch — or, lightsaber, in this case — for future projects. Hamill last played his iconic character in the sequel trilogy, which released between 2015 and 2019 and included Star Wars: Episode VII – The Force Awakens, Star Wars: Episode VIII – The Last Jedi, and Star Wars: Episode IX – The Rise of Skywalker.

At this time, it is not known if the reported Luke Skywalker streaming series would include Grogu’s Jedi training and be part of the world of The Mandalorian — which is also set to include Season 3 of the hit show, Ahsoka, Rangers of the New Republic, and The Book of Boba Fett — or if it would follow Skywalker’s journey during a different part of the timeline, such as between Star Wars: Episode VI – Return of the Jedi (1983) and the start of The Mandalorian Season 1, which takes place five years later.

Skywalker could also make a cameo appearance — in the form of Stan or Hamill — in one of the Mandalorian-related shows. He is particularly likely to pop-up in Ahsoka, which will feature Rosario Dawson reprising her role as the popular Star Wars: The Clone Wars and Star Wars Rebels character, Ahsoka Tano.

Tano was Anakin Skywalker’s Padawan before he turned to the dark side and became Darth Vader, so it would certainly be fitting for her to meet Luke at some point in time.

There is also, potentially, the chance that Skywalker could return in Patty Jenkins’s upcoming feature-length film, Star Wars: Rogue Squadron (2023).

Stay tuned to Inside the Magic for additional details about upcoming Star Wars series, including this rumored Luke Skywalker project.

Do you think a new Luke Skywalker series will happen on Disney+?