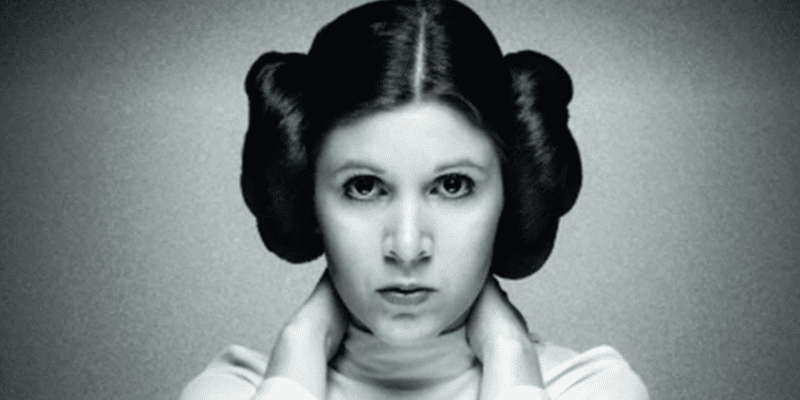 For long-time Star Wars fans — myself included — sometimes it’s still hard to believe that Carrie Fisher, who brought Princess General Leia Organa to life for over 40 years, is no longer with us.

Fisher tragically passed away four years ago yesterday on December 27, 2016 — and just one day later, her mother, Debbie Reynolds, also died. On the anniversary of Fisher’s death, fans and Star Wars co-stars took to social media to remember the actress, who remains an icon.

Fisher’s daughter, actress Billie Lourd — who played a young Leia in Star Wars: Episode IX – The Rise of Skywalker (2019) — shared a photo of her and her mom with an inspirational message on Instagram. She wrote:

Sending my love and strength to everyone out there that’s missing a loved one they’ve lost. Especially those of you who have lost someone during this crazy year. You’re not alone.

Twitter user Kristin Baver shared a GIF of Fisher quipping, “If my life wasn’t funny, it would just be true, and that’s really unacceptable,” with the caption:

Missing this icon today and every day. #carriefisher

The Imaginative Hobbyist posted a gorgeous picture of Fisher dressed as Leia, writing:

Four years since we lost this amazing woman…:(

MonsterMash Ken Tweeted a selfie with Fisher and posted a touching message about meeting her just before her untimely death:

Finally, Michael Bussard Jr. posted a movie quote that sums up how most Star Wars fans feel about Fisher:

George Lucas’s original trilogy remains — and will probably always remain — an iconic part of cinematic history. The Skywalker Saga lasted for over four decades and we can’t wait to see how Carrie Fisher’s legacy is remembered moving forward.

What is your favorite Princess Leia moment?