Fans Remember Carrie Fisher on her 64th Birthday - Inside the Magic 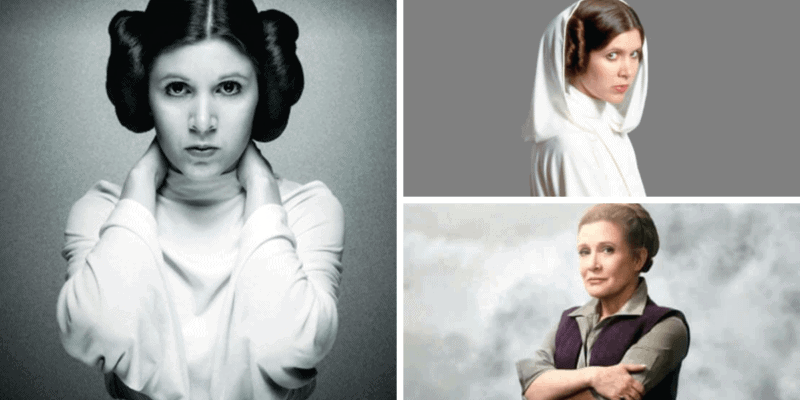 Today, October 21, is the late, great Carrie Fisher’s birthday. While the legendary actress who brought Princess Leia Organa to life alongside Mark Hamill’s Luke Skywalker and Harrison Ford’s Han Solo is gone, her fans have still taken to Twitter to share their touching tributes for what would have been her 64th birthday.

We’re remembering our courageous princess, the iconic Carrie Fisher on her birthday. pic.twitter.com/aGmlZ66jO4

Here are a few of those fan tributes that caught our eye here at Inside the Magic:

Let’s start with Mark Hamill himself who tweeted “Happy Birthday Carrie Frances Fisher. The World will never stop missing you…”

the world will never stop missing you….. ? pic.twitter.com/0KcQwePz5B

I don't want life to imitate art. I want life to be art
-Carrie Fisher#HappyBirthdayCarrieFisher pic.twitter.com/rmWXuCnFdx

@InlovewithReylo tweeted, “Happy birthday to our eternal space mom. I will love you forever Carrie Fisher. May the force be with you.”

Happy birthday to our eternal space mom
I will love you forever Carrie Fisher
May the force be with you ?#HappyBirthdayCarrieFisher #princessleia #StarWars pic.twitter.com/sm1sGx5HFj

Related: ‘God gave me the part.’ After-Death Note from Carrie Fisher Found by her Brother

A Princess to the World

Carrie’s legacy has spanned the globe, and people from all over the world have shared tributes in their own languages.

@BizColombo tweeted the following which translates to “Carrie Fisher, who played the role of Leah Skywalker in the Star Wars universe for decades, would have celebrated her 64th birthday if she were alive today. She was born on October 21, 1956.”

@Fincherpitt tweeted the following which translates to: “Today is the birthday of this little woman, she who is my favorite character from ot [Original Trilogy], Congratulations Carrie Fisher, you are sorely missed…”

@comicxgrl tweeted the following which translates to “I can’t even make a tweet in honor of Carrie Fisher because it still hurts to know that I will never meet her she was a wonderful person and will be forever in the hearts of all Star Wars fans.”

@CarlaJger1’s tweet translates simply to “A thought for the legendary Carrie Fisher who would have celebrated her 64th birthday today.”

Carrie Fisher entered eternal rest on December 27, 2016. Her final performance came after JJ Abrams and the crew of Star Wars: The Rise of Skywalker were able to use unused footage from past films to give the part she was born to play a fitting end in the final chapter of the Skywalker Saga.

Now on what would have been her 64th birthday, we are reminded that to her fans, she will always be with them in their hearts, and forever immortalized in film as the one and only Princess Leia.

On behalf of everyone here at Inside the Magic, we also like to say happy birthday Carrie Fisher, and thank you, again, for the memories and inspiration.

What are some of your memories of Carrie Fisher? Tell us about them in the comments!