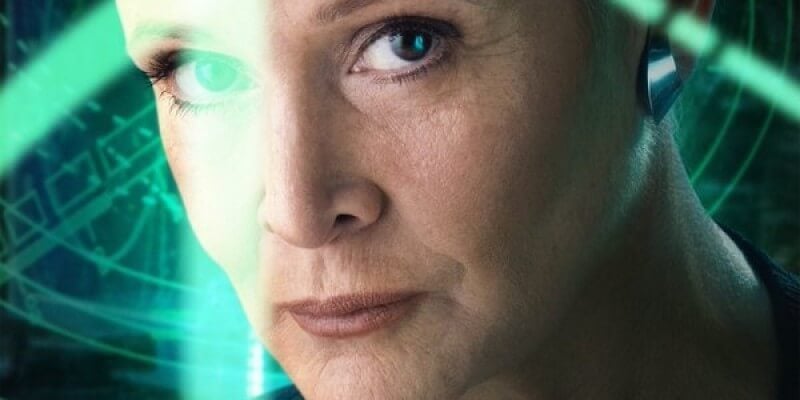 Days after suffering a heart attack, “Star Wars” actress Carrie Fisher has passed away at the age of 60.

The sad news comes amid her career resurgence after her return to the iconic role as Princess Leia in Star Wars: The Force Awakens and for the upcoming installment, Episode VIII, due out in December 2017. She was in Europe on a book tour to promote her latest memoir, The Princess Diarist.

Fisher was flying from London to Los Angeles on Friday, Dec. 23, when she went into cardiac arrest. She was taken off the plane and was reportedly in stable condition in a hospital. A statement sent to PEOPLE from her publicist on behalf of Fisher’s daughter Billie Lourd was released on Tuesday.

“It is with a very deep sadness that Billie Lourd confirms that her beloved mother Carrie Fisher passed away at 8:55 this morning,” reads the statement.

“She was loved by the world and she will be missed profoundly,” says Lourd, 24. “Our entire family thanks you for your thoughts and prayers.”

Tributes to the beloved actress — who also starred in such movies as When Harry Met Sally, The Blues Brothers, The Burbs, and Hannah and Her Sisters as well as writing several books including Postcards from the Edge — soon followed.

“Carrie Fisher was one-of-a-kind, a true character who shared her talent and her truth with us all with her trademark wit and irreverence. Millions fell in love with her as the indomitable Princess Leia; she will always have a special place in the hearts of Star Wars fans as well as all of us who were lucky enough to know her personally. She will be sorely missed, and we join millions of fans and friends around the world who mourn her loss today,” said Bob Iger, chairman and chief executive officer, The Walt Disney Company.

“Carrie holds such special place in the hearts of everyone at Lucasfilm—it is difficult to think of a world without her,” said Lucasfilm President Kathleen Kennedy. “She was Princess Leia to the world but a very special friend to all of us. She had an indomitable spirit, incredible wit, and a loving heart. Carrie also defined the female hero of our age over a generation ago. Her groundbreaking role as Princess Leia served as an inspiration of power and confidence for young girls everywhere. We will miss her dearly.”

“I have always stood in awe of Carrie,” Steven Spielberg said. “Her observations always made me laugh and gasp at the same time. She didn’t need The Force. She was a force of nature, of loyalty, and of friendship. I will miss her very much.”

There are no words for this loss. Carrie was the brightest light in every room she entered. I will miss her dearly. pic.twitter.com/GgIeYGeMt9

Carrie Fisher was smart, funny, talented, surprising, and always a hell of a fun time to be around. Family Guy will miss her immensely.

I thought I had got what I wanted under the tree. I didn't. In spite of so many thoughts and prayers from so many. I am very, very sad.

I'm deeply saddened at the news of Carrie's passing. She was a dear friend, whom I greatly respected and admired. The force is dark today!

Princess Leia, @CarrieFisher – now one with the Force. Your kindness & sharp wit will be missed. #RIP PS: Thanks for the milk & cookies. xx pic.twitter.com/NeyyHNUuuG

Fisher is survived by her mother Debbie Reynolds and her daughter, Billie Lourd.