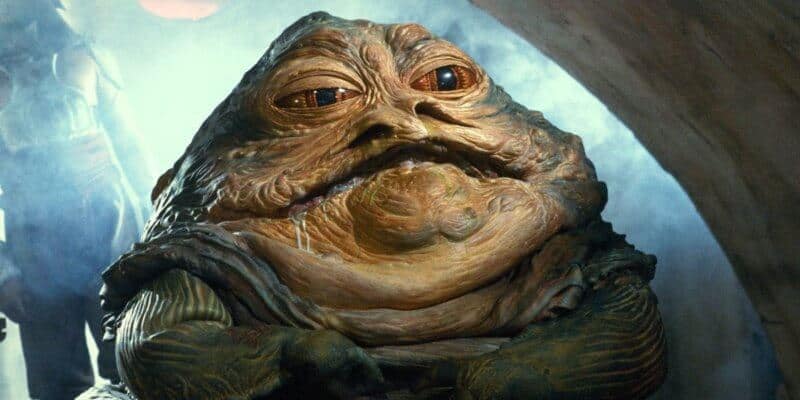 Jabba the Hutt is one of the most infamous villains in cinematic history. Even if you’ve never seen Star Wars, you’ve probably heard of the original trilogy slug (no, literally) who turned Princess Leia (Carrie Fisher) into his slave and had Han Solo (Harrison Ford) encased in carbonite. Good times all around.

Related: First ‘Star Wars’ Baby Sidekick Not Quite as Cute as Baby Yoda

What you might not know, though, is that the Tatooine crime boss’s appearance was actually inspired by a very real Hollywood legend, British actor Sydney Greenstreet.

Greenstreet appeared in such Golden Age of Hollywood classics as The Maltese Falcon (1941), Casablanca (1942), Across the Pacific (1942), The Mask of Dimitrios (1944), and Christmas in Connecticut (1945). Down The Tubes, a comic book website, shared some details about how Star Wars creator George Lucas landed on the fact that Jabba should be modeled after a famous actor:

...[this shouldn’t have been a surprise] given the many well-documented influences the director drew on when creating the Star Wars mythos inspired by his childhood – film serials and westerns among them.

The production team for Star Wars: Return of the Jedi came up with the ultimate design for Jabba after they were instructed by Lucas to make the character look “alien and grotesque” … just like Sydney Greenstreet.

The resemblance is truly uncanny. Another fun fact? The fez that Jabba was originally supposed to wear was inspired by the fez worn by Greenstreet in Casablanca, which he appeared in alongside Humphrey Bogart and Ingrid Bergman.

For those unfamiliar with Jabba the Hutt’s backstory, Wookieepedia has shared the following biographical information:

Jabba Desilijic Tiure, more commonly referred to as Jabba the Hutt or simply Jabba, and formally styled as His Excellency Jabba Desilijic Tiure of Nal Hutta, Eminence of Tatooine, was a Hutt gangster and crime lord, as well as a member of the Grand Hutt Council, who operated and led a criminal empire from his palace on the Outer Rim world of Tatooine. Jabba was a major figure on Tatooine, where he controlled the bulk of the trafficking in illegal goods, piracy and slavery that generated most of the planet’s wealth. He was also highly influential in the entire Outer Rim as one of its most powerful crime lords.

Will we ever see Jabba the Hutt again?

There’s always the chance — no matter how slight — for any character to return in the Star Wars universe.

After all, bounty hunter Boba Fett — who worked for the Hutts and was involved in the previously mentioned Han Solo situation in Star Wars: Episode V – The Empire Strikes Back (1980) and Star Wars – Episode VI – The Return of the Jedi (1983) — just returned in Jon Favreau and Dave Filoni’s The Mandalorian.

And we all thought he died in the Sarlacc pit. Who knew?

Since Jabba was killed by Princess Leia in Return of the Jedi, the odds of him returning, except, perhaps, in some sort of prequel series on Disney+ or in a flashback sequence, are not likely.

It is, however, worth noting that the upcoming Mandalorian spinoff series, The Book of Boba Fett, has already given us a glimpse of both Jabba the Hutt’s former palace and his former righthand man, Twi’lek Bib Fortuna, so the sluglike character could play a role — even as nothing more than a figure from Star Wars history — in the upcoming show.

Per our previous coverage about The Book of Boba Fett:

After depositing Din Djarin (Pedro Pascal) and his crew of unlikely heroes — including Cara Dune (Gina Carano), Bo-Katan Kryze (Katee Sackhoff), and Grogu — Fett and Fennec Shand (Ming-Na Wen) left in Slave I and weren’t seen again until the post credits scene that took us back to a very familiar Tatooine location, Jabba the Hutt’s palace…

…Shand makes quick work of Fortuna’s henchmen — and frees a slave who is shackled to the floor (a familiar sight to original trilogy fans) — but leaves Bib himself for Fett to take care of. Once the Twi’lek is unceremoniously killed, Fett takes the throne, signaling that he’s about to take Tatooine — and who knows where else in the galaxy — for himself.

It seems likely that the series, which was announced during the Mandalorian Season 2 finale episode, will utilize Jabba’s palace in some way, perhaps as a home base for Boba Fett.

Star Wars fans who have long wanted the bounty hunter to return will get to Jango Fett’s son continue his ever-expanding role in the Star Wars story on one of the most iconic planets in Star Wars lore. Here’s looking forward to more adventures at the Mos Eisley cantina.

The Book of Boba Fett will premiere on Disney+ in December 2021.

What do you think about the fact that Jabba the Hutt was modeled after a real person?