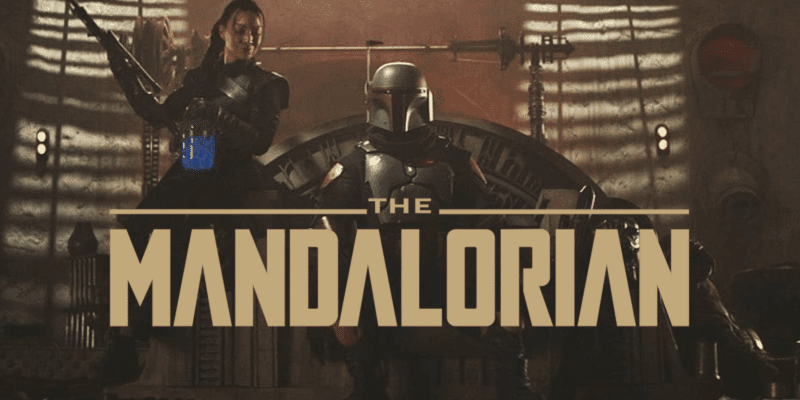 **SPOILERS of The Mandalorian Season 2 finale ahead.**

In this week’s Season 2 finale of The Mandalorian — if you’ve watched, you’re undoubtedly still reeling emotionally — fans were treated to a movie-like post-credits scene featuring none other than Boba Fett (Temuera Morrison) and Fennec Shand (Ming-Na Wen).

After depositing Din Djarin (Pedro Pascal) and his crew of unlikely heroes — including Cara Dune (Gina Carano), Bo-Katan Kryze (Katee Sackhoff), and Grogu — Fett and Shand left in Slave I and weren’t seen again until the post credits scene that took us back to a very familiar Tatooine location, Jabba the Hutt’s palace.

Then, the most exciting news of the Mandalorian Season 2 finale flashed across the screen: “The Book of Boba Fett Coming December 2021.”

For years, Boba Fett’s armor almost overshadowed the clone inside of it — The Mandalorian has finally given Star Wars fans the character they’ve deserved for over four decades. Now, it looks like we’re going to get a glimpse of who Jango Fett’s son can really be post-Sarlacc pit, apparently while sitting on Jabba’s throne.

Although this brief announcement didn’t confirm exactly what The Book of Boba Fett will be, it seems that it has to be the third season of The Mandalorian. Here’s why:

The door has (literally) closed on Grogu and Din Djarin.

While we know we will be seeing both Grogu and Din Djarin again — thanks to Djarin’s promise to “the kid’ before he handed him over to Luke Skywalker (voiced by Mark Hamill) to complete his Jedi training — the duo’s story arc has now been completed.

For 16 episodes, as Djarin grew from reluctant transporter of his charge to loving father-figure, the ultimate goal was always to deliver Grogu to his kind. Now, thanks to Ahsoka Tano (Rosario Dawson), we know the foundling’s backstory and that he has forever been meant for the Jedi Order.

When Skywalker, R2-D2, and Grogu stepped into the elevator and the door shut, Favreau and Filoni very literally shut this “book” of The Mandalorian, indicating that Din Djarin and Grogu’s adventures are now done — at least for now.

Although we don’t yet know exactly how the two confirmed Mandalorian spinoffs — Ahsoka and Rangers of the New Republic — will be structured, The Mandalorian is somewhat unique in that each of its episodes is called a “Chapter.”

The fact that this upcoming show is titled The Book of Boba Fett heavily insinuates that it, too, will have “Chapters.” It would seem that the Mandalorian’s audience has now left The Book of Din Djarin, so to speak, behind, in favor of a third season focusing on iconic bounty hunter Fett.

In Chapter 14: The Tragedy, we learned that Fett doesn’t fully view himself as a Mandalorian — in fact he seems to have no real creed he follows, short of his own interests. It would be fascinating to watch the fan-favorite character fully embrace the way of life behind his Mandalorian armor under the mantle of, fittingly, The Mandalorian.

The other intriguing thing about calling this series — or season, as it seems it is likely to be — The Book of Boba Fett is that, to date, we know so little about this character who has such a huge legacy in Star Wars lore.

It’s almost as though Favreau and Filoni — arguably the saviors of Star Wars — have decided to pull down a dusty tome and finally give fans a glimpse into the history (and the future) of a character who has sat “on the shelf” for far too long.

When we meet Boba Fett (then played by Jeremy Bulloch) for the first time in Star Wars canon, he is trying to throw Han Solo (Harrison Ford) into a Sarlacc pit for failing to pay his debt to Jabba the Hutt. That same pit shows-up, masterfully, in the Mandalorian Season 2 premiere, Chapter 9: The Marshal,  when Djarin and Marshal Cobb Vanth (Timothy Olyphant) are attempting to slay a Krayt dragon.

From the first episode of the second season, fans could see how Fett’s Empire Strikes Back appearance was being woven into the storyline, even before he was officially introduced — flying in on Slave I — in Chapter 14: The Tragedy.

The character — though he is undeniably a fan-favorite — only spoke four lines in the original trilogy, so the creative team behind The Mandalorian can go basically anywhere they want with him in Season 3 of the show.

From a purely pragmatic standpoint, Lucasfilm President Kathleen Kennedy has already confirmed that Ahsoka, Rangers of the New Republic, and The Mandalorian Season 3 will all have Christmas 2021 release dates.

The trio of series is set to culminate in some sort of live-action streaming event, for which details are all but non-existent at this time.

Nonetheless, it seems highly unlikely that Lucasfilm would have announced these details during their portion of Disney’s 2020 Investor Day event on December 10, then added a fourth December 2021 series a mere eight days later, particularly when we know the three previously announced series will be interconnected — and there was no mention of a fourth show within the same timeline.

All signs point to The Book of Boba Fett being the third season of The Mandalorian.

The famous bounty hunter who first appeared in Star Wars canon — the 1978 Star Wars Holiday Special is, mercifully, not canon — 40 years ago in Star Wars: Episode V – The Empire Strikes Back (1980). For four decades, his fans have been waiting for this moment.

So much could happen in The Book of Boba Fett, but two things this writer is hoping for? A run-in with Han Solo — can we please get CGI Harrison Ford? — and a look at exactly how Jango came to receive Fett’s armor on Mandalore. To date, little is known about Boba Fett’s backstory and Favreau and Filoni are the perfect duo to develop this character to his full potential, just like the did for Din Djarin over the course of two streaming seasons.

If The Book of Boba Fett does, in fact, turn out to be Season 3 of The Mandalorian, which it seems like it has to be, it will interconnect with the show’s two recently announced spinoffs — Ahsoka and Rangers of the New Republic.

Ahsoka will follow Star Wars Rebels and Star Wars: The Clone Wars’ Ahsoka Tano (Rosario Dawson) in her quest to find Grand Admiral Thrawn and rescue Ezra Bridger. Details about Rangers of the New Republic are forthcoming, but the show may be the rumored Cara Dune (Gina Carano) spinoff.

We can’t wait to see where Jon Favreau and Dave Filoni go with Boba Fett’s storyline — and what new characters (familiar and unfamiliar) we meet across the galaxy. Are you excited?

Comments Off on Could ‘Book of Boba Fett’ Be ‘The Mandalorian’ Season 3?