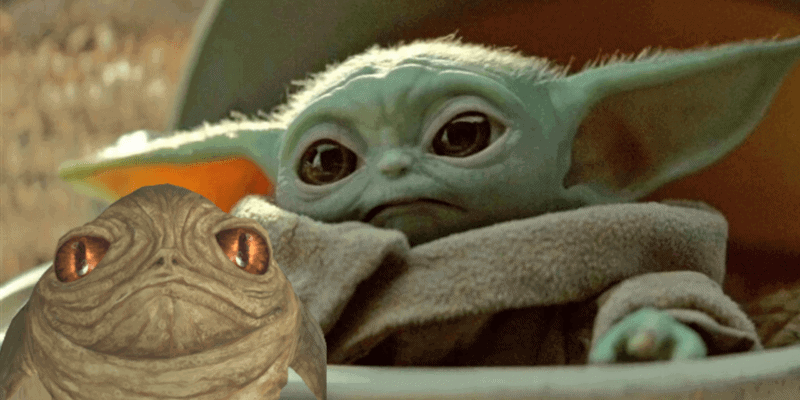 When The Mandalorian was unleashed onto the world late last year, we first fell in love with The Child, or as fans call him, Baby Yoda.

He went on to become one of the most beloved characters of the Star Wars franchise with abilities to use The Force even as an infant. Of course, with season 2 of The Mandalorian coming later this year, the hype will be back as he returns for at least part of the second season.

Related: Find out when Mandalorian Season 2 is set to debut

But before we had Baby Yoda there was another infant sidekick that made his way onto our screens, Rotta the Hutt.

Rotta is actually the son of gangster and crime lord Jabba the Hutt and features as the main part of one of the plots of The Clone Wars TV show and film.

In the show, Jabba’s son was kidnapped by the CIS (the side with the droids) in an attempt by Count Dooku to discredit the Jedi Order and disrupt negotiations between the Republic and the Hutts. Thankfully, no infant was harmed in the rescue mission by the Jedi and he was saved by Anakin Skywalker and  Ahsoka Tano.

Related: Will Ahsoka her own show on Disney+?

Though nowhere near as cute as Baby Yoda, this is perhaps the closest to cute that anyone in the Hutt crime family has come throughout all of the Star Wars franchise.

Rotta being carried on Anakin’s back was actually inspired by the 1989 Samurai movie, Shogun’s Shadow:

Clone Wars has certainly been one of the most successful projects to come out of the franchise, having only recently concluded on Disney+. For me personally, its an experience I will never forget and I will regularly go back and watch the show. It’s a shame the Hutts weren’t used more as the criminal empire they built is a very interesting part of the Star Wars universe.

Does anyone out there think that Rotta is an adorable baby huttlet or does Baby Yoda still reign supreme in the galaxy? Let us know in the comments below!