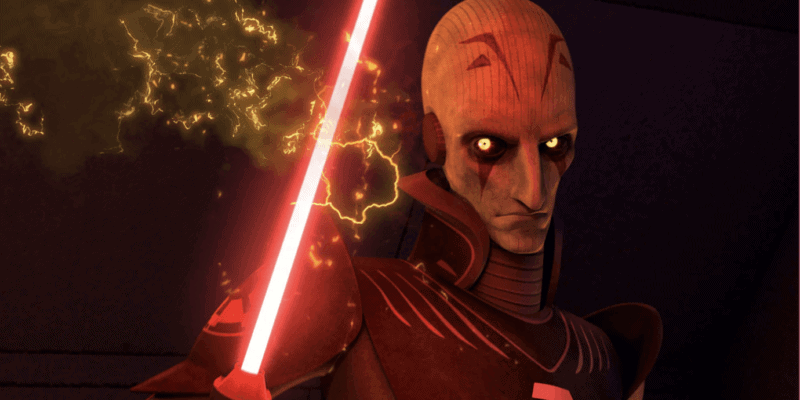 Anyone who has ever watched Dave Filoni’s animated series Star Wars Rebels is familiar with Darth Vader’s Inquisitors. These Force-users were loyal to the dark side — and their sole purpose was to hunt Jedi Knights who had survived the execution of Emperor Palpatine’s Order 66.  Now, it seems they’re coming after Obi-Wan Kenobi (Ewan McGregor) in their live-action debut.

A new report has supplied details about the rumor that the Inquisitors are going to be appearing alongside McGregor’s Jedi Master and Hayden Christensen’s Sith Lord Vader in the upcoming Obi-Wan Kenobi series on Disney+:

In the series, Obi-Wan will fight at least one inquisitor. Lightsabers will clash and we will see Kenobi up against The Inquisitorius in at least an episode of the limited series. Will this vein run throughout many episodes or just occur in a single story? That I do not know for certain at this time and it would be conjecture on my part to state any further. But take it from me, empirically, the Imperial Inquisition is coming for old(ish) Ben [Ben Kenobi was originally played by Sir Alec Guinness in Star Wars: Episode IV – A New Hope (1977)].

Timeline-wise, this makes perfect sense, as Obi-Wan Kenobi is set to take place approximately ten years after the events of Star Wars: Episode III – Revenge of the Sith (2005). Since we know that Kenobi and the Dark Lord are headed for the lightsaber duel “rematch of the century”, it serves to reason that Darth Vader would send his Inquisitors after his former Padawan at some point during the show.

We do not know precisely how many Inquisitors the Galactic Empire employed, but it is thought to be at least 12.

Although we don’t know precisely which of Vader’s Imperial Inquisitor characters are likely to appear in Deborah Chow’s Obi-Wan Kenobi, the Grand Inquisitor is probable. The former Anakin Skywalker would undoubtedly want his best underlings looking for Obi-Wan.

Jason Isaacs, who voiced the terrifying character in Star Wars Rebels, has even indicated he would return to the role, though neither Disney nor Lucasfilm have confirmed any casting details at this time:

“The Inquisitor was a great part when I played it and if the Inquisitor was a great part again, I’d be up for it. I’m not sure I’ve got the patience of Doug Jones who plays Saru in Discovery, who was the creature in The Shape of Water and stuff. I don’t know how many hours I’d like to spend in prosthetics. But yeah, Katee [The Mandalorian’s Bo-Katan Kryze actress Katee Sackhoff] had a very good time. I know Katee and I’ll say, I’ve loved being part of the Star Wars world. They’ve invited me in although I’ve only ever been an animated character before.”

The official Star Wars Databank describes the Grand Inquisitor as:

Not much is known about the Empire’s Grand Inquisitor. A Pau’an male, he was tasked by Darth Vader to hunt down any surviving Jedi Knights. The Inquistor was an intimidating figure, dressed in all black and wielding a red, double-bladed lightsaber. After several encounters with Kanan Jarrus and his Padawan Ezra Bridger, the Inquisitor died in a lightsaber duel with Kanan – but warned the rogue Jedi that his victory had unleashed something terrible.

Do you think the Star Wars Inquisitors are making their live-action debut in the Kenobi series next year?