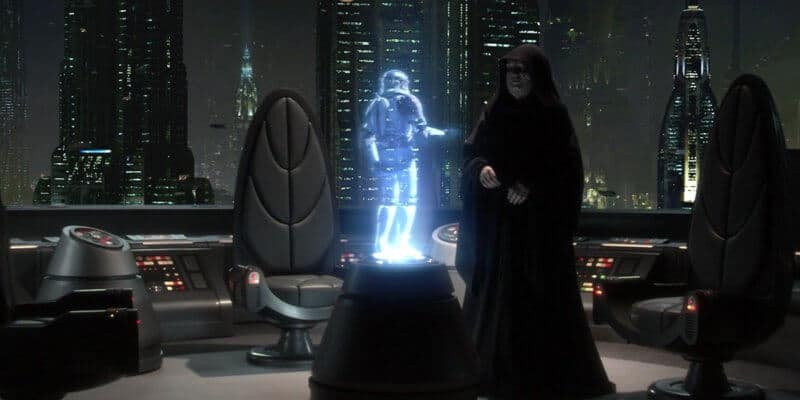 Order 66 is arguably one of the most important events in the entire Star Wars galaxy. Also known as the Jedi Purge, few Star Wars fans can forget the moment they heard Darth Sidious/Emperor Palpatine utter the ominous words, “Execute Order 66”.

Related: Your Guide to ‘Star Wars: The Clone Wars’

Here, we dive into exactly why Order 66 is such an important part of the Star Wars universe, in the Skywalker Saga and beyond.

The most generic purpose of Order 66 was to turn the Clone Army of the Republic against the Jedi Order. Wookieepedia explains it best:

…Clone Protocol 66, was a top secret order identifying all Jedi as traitors to the Galactic Republic and, therefore, subject to summary execution by the Grand Army of the Republic. The order was programmed into the Grand Army clone troopers through behavioral modification biochips implanted in their brains, making it almost impossible for the clones to disobey the command to turn against their Jedi Generals. The Kaminoan scientists who designed the clone troopers believed it was only to be used as a contingency protocol against renegade Jedi. In secret, Order 66 was the means by which the Sith intended to bring about the long-awaited fall of the Jedi Order.

Why was Order 66 created?

Throughout the Clone Wars, the Sith agenda was to decimate their current biggest threat — the Jedi Order. Order 66 was created so that Emperor Palpatine and the Sith could effectively accomplish this goal without detection.

The execution of Order 66 helped Palpatine to consolidate control of the Galactic Empire by wiping out the Jedi and turning the Clone Troopers to do his bidding (with the exception, of course, of Clone Force 99, the Bad Batch), thereby ensuring that he had absolute control over other political officials through fear alone.

Related: Prepare For ‘Star Wars: The Bad Batch’ This May

What was the role of Order 66 in the Sith agenda?

The role of Order 66 in the Sith agenda was, quite simply, to destroy the Jedi Order and take control of the galaxy without opposition.

How was Order 66 programmed into the Clone Troopers?

The Order 66 protocol was programmed into all Clone Troopers from “birth” on the planet Kamino, where Jango Fett (Temuera Morrison) was used as the template for the Clone Army of the Republic, as seen in Star Wars: Episode II – Attack of the Clones (2002).

Wookieepedia explains how the Order 66 order played out:

With this command programmed into the clones since their births on Kamino, the clone troopers immediately turned on their Jedi commanders and exterminated the vast majority of the Jedi Order in an instant. Meanwhile, Anakin Skywalker—rechristened as Sidious’s new Sith apprentice Darth Vader—attacked the Jedi Temple and wiped out what remained of the Order.

What happened during Order 66?

Order 66, or Clone Protocol 66, caused all galactic Clone Troopers to turn against their Jedi Commanders, murdering them. The Order was executed by Sheev Palpatine after a series of events led to the discovery that he was, in fact, Sith Lord Darth Sidious.

It is important to understand that the invocation of this unfortunate clone protocol actually began well before Palpatine actually said the famous words, “Execute Order 66”.

…a premature activation of Order 66 resulted in the death of General Tiplar at the hands of CT-5385 “Tup,” a defective clone whose malfunctioning chip caused him to turn against his Jedi officer. The incident led ARC trooper CT-5555 “Fives” to conduct his own investigation into the matter, believing the incident to be a Separatist plot against the Republic. On the galactic capital Coruscant, however, he learned that the chips conditioned the clones to become hostile against the Jedi. Furthermore, he discovered to an extent Supreme Chancellor Sheev Palpatine’s involvement in the conspiracy and attempted to assassinate him. Fives told what he knew to his Jedi superior Anakin Skywalker, but before the clone could prove it, he was killed by clone shock troopers of the Coruscant Guard.

The plan continued apace for the remainder of the war, although the Jedi High Council had grown increasingly wary of the Chancellor’s motives. In 19 BBY, a group of Jedi Masters sought to arrest Palpatine upon learning his true identity as the Sith Lord Darth Sidious. When their efforts failed, Palpatine used the incident to frame the Jedi Order for treason and, as such, directed the clone army to execute their Jedi commanding officers in accordance with Order 66.

Because Order 66 is such a major event in the Star Wars franchise, it interconnects to nearly every piece of canon media. Here, we dive into exactly where you need to look to get the most information about this tragic galactic occurrence.

When does Order 66 take place in the Star Wars timeline?

Order 66 was invoked in 19 BBY, at the end of the Clone Wars. The Clone Wars lasted for three years, from 22 BBY to 19 BBY. To put this in perspective, George Lucas’s original Star Wars movie, Star Wars: Episode IV – A New Hope, takes place in 0 BBY.

Which Star Wars films cover the events of Order 66?

The execution of Order 66 is most prominently featured in Star Wars: Episode III – Revenge of the Sith (2005), in which Palpatine (Ian McDiarmid) successfully converts Anakin Skywalker (Hayden Christensen) to the dark side of the Force.

In addition to this Star Wars prequel trilogy film, though, there are many other bits of Star Wars canon that detail the events surrounding Order 66, including hints leading up to the execution of the protocol.

What forthcoming films are expected to cover the events of Order 66?

At this time, we don’t have full details about the multiple Star Wars series and movies that are expected to release in theaters and on Disney+ in the next few years. However, we do know that both the animated series Star Wars: The Bad Batch (May 4, 2021) and Obi-Wan Kenobi (2022) will involve the events following Order 66.

The aftermath of Order 66

The aftermath of Order 66 was chaotic and saw the Jedi Knights, who managed to survive the Purge scattering throughout the galaxy, going deep underground into hiding. Anakin’s Jedi Master Obi-Wan Kenobi, for example, began a self-imposed exile on Tatooine that lasted for decades.

Which of the Jedi survived Order 66?

Fewer than 200 Jedi in total are said to have survived the Great Jedi Purge. It is worth noting that, although Ahsoka Tano is included in the above list, she was not part of the Jedi Order at the time Order 66 was executed.

In The Mandalorian Season 2, Tano (Rosario Dawson) made her live-action debut and informed Din Djarin (Pedro Pascal) that Grogu (AKA “Baby Yoda”) had, in fact, been rescued from the Jedi Temple on Coruscant during the fray.

Do you think Order 66 is the biggest event in the Star Wars universe?

Comments Off on Understanding Palpatine’s Order 66 in ‘Star Wars’