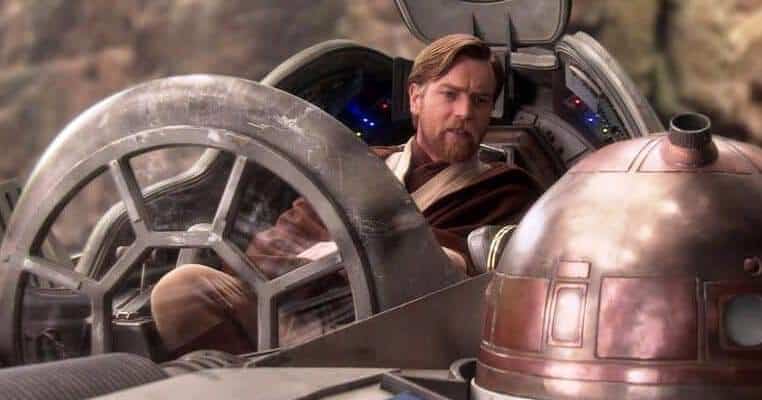 If your brother was Obi-Wan Kenobi — at least in a galaxy far, far away — and you were a pilot here on Earth, you’d play-up the connection, right?

Scottish actor Ewan McGregor’s brother, Colin McGregor — who served as a Royal Air Force (RAF) pilot in the United Kingdom — did just that. Although he retired after a 20-year career in 2007, McGregor had the coolest call sign in the galaxy when he was an active duty member of the military and it plays off of his younger brother’s iconic Jedi Knight role in Star Wars: Episode I – The Phantom Menace (1999), Star Wars: Episode II – Attack of the Clones (2002), and Star Wars: Episode III – Revenge of the Sith (2005).

If you guessed “Obi-2,” you’re right. No prize, just the satisfaction of knowing you were correct that there can only be one “Obi-Wan.”

The brothers detail not only the humorous call sign but celebrate the 70-year anniversary of the RAF taking on the Nazi Luftwaffe during World War II in a BBC One documentary called The Battle of Britain.

What’s next for Ewan McGregor in Star Wars?

Chow, who has also worked on The Mandalorian with Jon Favreau and Dave Filoni, will be overseeing the standalone series, which is set to take place approximately 10 years after the events of Revenge of the Sith, in which Anakin Skywalker (Hayden Christensen) began his descent into Sith Lord Darth Vader, notably killing a room full of helpless youngling Padawans at the Jedi Temple on Coruscant.

Christensen has also been confirmed to be reprising his prequel trilogy role as Darth Vader. Little else is known about the storyline, though Lucasfilm President Kathleen Kennedy has promised fans the “rematch of the century” between the popular Jedi character and the Dark Lord.

Liam Neeson, who played Obi-Wan’s Jedi Master Qui-Gon Jinn in the prequels, has shared that he would return to the Star Wars franchise in this series, but it would likely be in flashback scenes since he died at Darth Maul’s hands in The Phantom Menace.

A release date for OBI-WAN KENOBI: An Original Series has not yet been announced, but fans expect it to hit Disney’s streaming platform sometime in 2022 since it does not appear on the official 2021 release schedule.

The Kenobi series is set to film in Great Britain in March — though a recent snafu saw confusion regarding whether the Andor set in Little Marlow, England belonged to the Rogue One prequel show or OBI-WAN KENOBI.

What do you think about Ewan McGregor’s brother’s awesome Star Wars call sign? Are you looking forward to seeing the knighted actor back in action in the Star Wars universe?