New Obi-Wan Short Released by Lucasfilm - Inside the Magic 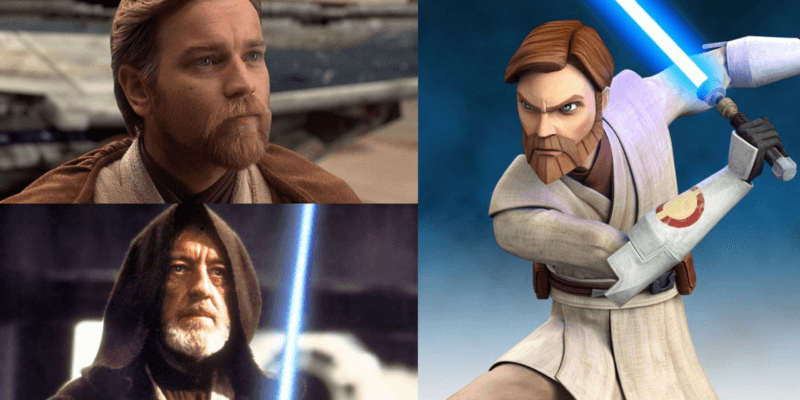 The official Star Wars YouTube channel just released a new short featuring one of the best characters the Star Wars Universe has ever created, Obi-Wan Kenobi.

The new cartoon short maps out the Jedi’s journey through the entire franchise in just over a minute and includes voicework from Dante Basco (Hook, American Dragon: Jake Long) as well as snippets from both actors to have played the character on film, Alec Guinness and Ewan McGregor.

The official description of the short states:

Obi-Wan Kenobi is a legendary Jedi Master, a hero of the Clone Wars who returned from exile to help the Rebel Alliance in its quest to defeat the Empire. Star Wars Galaxy of Adventures is a series of animated shorts celebrating the characters and stories of a galaxy far, far away, featuring a bright and colorful art style, exciting action, and insight into the saga’s greatest themes!

You can watch the short below:

The short is the most recent in a series under the Star Wars Galaxy of Adventures name that focuses on helping kids to understand the Star Wars universe. The series began back in 2018 and Obi-Wan has been released as part of the new episodes in 2020 that include:

There were also three shorts that tied into Galaxy’s Edge found in Disneyland and Disney’s Hollywood Studios:

The shorts are a great way to introduce kids to the world of Star Wars before getting them to watch the full movies.

We’re going to be seeing a whole lot more of Obi-Wan Kenobi in the upcoming Disney+ show that is set to see Ewan McGregor return to the role.

Let us know what you think of the new Obi-Wan short in the comments below!

Comments Off on New Obi-Wan Short Released by Lucasfilm