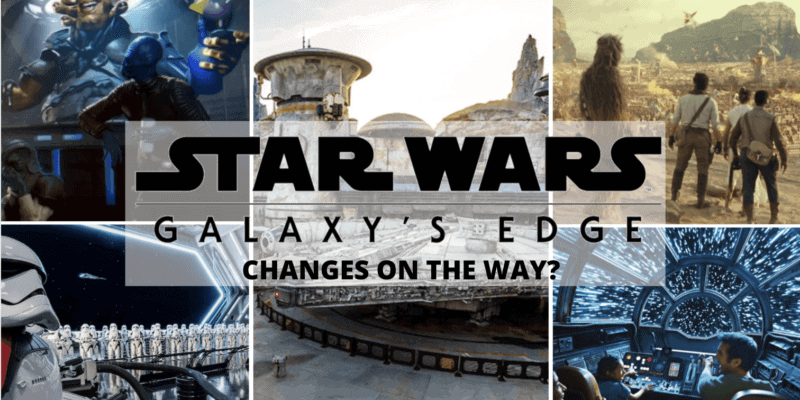 Walt Disney himself once said, “Disneyland will never be completed. It will continue to grow as long as there is imagination left in the world.”

This was certainly proven when The Walt Disney Company spent approximately a billion dollars (twice) to construct the Star Wars: Galaxy’s Edge lands at both Walt Disney World Resort in Florida and Disneyland Resort in California.

Few franchises under the Disney umbrella inspire imagination quite like the Star Wars universe. When George Lucas created his now-iconic characters in the 1970s and released the Luke Skywalker-centric Star Wars: Episode IV – A New Hope (1977), nobody could have known what Star Wars would become.

Now, the Star Wars fan community is one of the most passionate fandoms in the world, and Disney theme parks have given these fans the unique ability to travel to the Outer Rim for themselves.

As Star Wars continues to expand its role within The Walt Disney Company with numerous new Disney+ series and continued collaborations, such as the upcoming Star Wars: Galaxy’s Edge x Target collection, it serves to reason that the theme parks’ Star Wars lands will continue to grow and evolve as well.

Here, we look at some of the big changes that could be coming to Star Wars: Galaxy’s Edge on both coasts, based on recent announcements and hints revealed in new Lucasfilm projects.

Disney theme park festivals are a big deal. The EPCOT International Food & Wine Festival, for example, singularly draws thousands of visitors every year. Rumors are swirling that Star Wars festivals could be coming to Batuu at both Disneyland Park and Disney’s Hollywood Studios at Disney World.

According to a recent OC Register report about the upcoming book A Traveler’s Guide to Batuu states that “three local Batuuan festivals in the Spring, Fall and Winter are ‘major annual holidays’ with unique traditions.”

Adding these new festivals to further enhance the authentic Batuuan experience for Guests is not a long shot, particularly since Disney Parks officials have been increasingly focusing on adding unique experiences instead of on the sheer number of people in the gates each year.

With the popularity of Oga’s Cantina, it’s no surprise that rumors have recently surfaced about a second cantina being added to Galaxy’s Edge. The new virtual reality experience “Star Wars: Tales from the Galaxy’s Edge” takes viewers on a visual journey through Black Spire Outpost, introducing characters and locations from this Outer Rim planet.

As per ITM’s previous report about the possibility of a new cantina to rival Oga’s:

The possible Seezelslak’s Cantina would include a U-shaped bar that would be filled with large containers (which resemble vessels) for the amazing cocktails offered to Guests. If you aren’t familiar with Seezelslak’s, it was first seen in the 2018 Solo film.”

Disney Parks Guests have flocked to the two rides at Star Wars: Galaxy’s Edge since they opened. Star Wars: Rise of the Resistance and Millennium Falcon: Smuggler’s Run have both been hailed as some of the best theme park rides of all time.

Rise of the Resistance, in particular, has awed riders since day one and boarding groups were notoriously difficult to obtain prior to this year’s temporary park closures.

It is even possible that different rides and attractions will be built at the respective theme parks in order to differentiate them from one another and encourage fans to visit both Galaxy’s Edge locations.

One possible addition is a “Resistance Speeders” ride that would be appropriate for all ages to enjoy. This ride exists in the Disney Magic Kingdom smartphone game by Gameloft.

The officially licensed game also includes numerous actual Disney Parks rides, such as Splash Mountain, Space Mountain, Twilight Zone Tower of Terror, and Peter Pan’s Flight. Given that official Disney attractions are included in this game, is it possible that Disney is toying with the idea of adding a “Resistance Speeders” ride to Galaxy’s Edge?

Note that no new attractions have been announced for Galaxy’s Edge, nor has Disney announced that festivals and a second bar will be coming to the land anytime soon. But given all of the information we’ve heard so far, we’re excited for what’s to come. We’re keeping our eyes peeled for any official announcements from Disney Parks.

What do you think about the possible Galaxy’s Edge upcoming changes? What sorts of rides and Star Wars festivals would you like to see at Disneyland and Disney World?

Let the team at Academy Travel help you plan your next Disney park adventure. Whether you’re craving a Ronto roaster and a droid sighting or a high-end night out at a Disney Springs steakhouse, they can help you have your dream Disney trip.