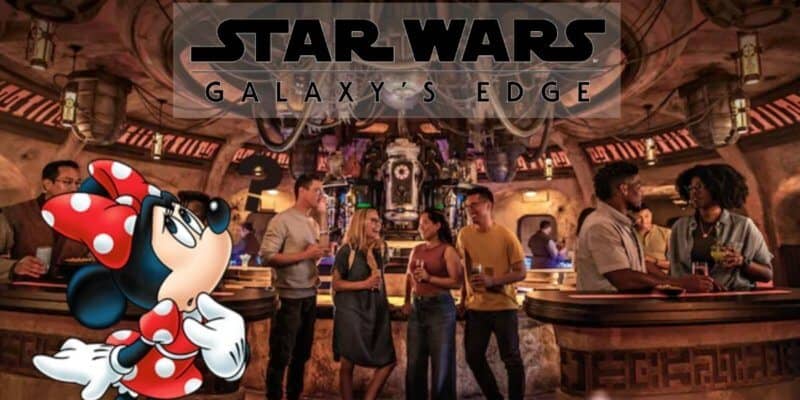 Oga’s Cantina in Star Wars: Galaxy’s Edge at Disneyland park in Disneyland Resort and Disney’s Hollywood Studios in Walt Disney World Resort is certainly a fan favorite. Ever since it opened up its doors, Guests make visiting Oga’s Cantina a must every single vacation.

The cantina offers drinks such as the Fuzzy Tauntaun, The Jedi Mind Trick, and the Bespin Fizz, all of which are fan favorites!

But could it be joined by a new rival in the near future? According to OC Register and the new “Star Wars: Tales from the Galaxy’s Edge” virtual reality experience, this is a likely possibility!

The new virtual reality experience introduces brand new locations and Star Wars characters in Black Spire Outpost, which, many of you already know, is the same setting for Star Wars: Galaxy’s Edge in both of the Disney parks. “We’re going to explore and expand on the story of Black Spire Outpost, which you can see at Galaxy’s Edge,” ILMxLAB director Jose Perez III said in a new video.

But where things get interesting is when OC Register brought up an excellent point questioning, “Could the virtual world of ‘Tales from the Galaxy’s Edge’ forecast future expansion at the Disneyland and Disney World themed lands? There is unused storefront space in the real-world Galaxy’s Edge just to the right of Oga’s Cantina as well as across from the theme park bar.”

The concept art that OC Register is referring to in the new VR experience shows the possibly new Seezelslak’s Cantina located right next door to Oga’s Cantina. “An open window in Seezelslak’s Cantina shows the distinctive Tuggs Grub food truck-like starship docked atop the Docking Bay 7 restaurant with Dok-Ondar’s Den of Antiquities gift shop in the foreground, according to the concept art,” OC Register reports.

So, does this new concept art actually make sense? Could we see a new bar come to Galaxy’s Edge as Oga’s Cantina’s competition? Well, OC Register says yes! “It would certainly make sense to add another cantina to Galaxy’s Edge. Oga’s Cantina has proven wildly popular with reservations snapped up days and even weeks in advance. The Galaxy’s Edge cantina has been a cash machine for Disney as hard-core Star Wars fans pay $18 for alien cocktails, $45 for souvenir mugs and $85 for collectible beer flights.”

They ended with, “Could a new rival to Oga’s Cantina someday pop up next door? The storytelling seeds planted in ‘Tales from the Galaxy’s Edge’ allow for just such a rivalry.”

According to the concept art, the possible Seezelslak’s Cantina would include a U-shaped bar that would be filled with large containers (which resemble vessels) for the amazing cocktails offered to Guests. If you aren’t familiar with Seezelslak’s, it was first seen in the 2018 Solo film.

If you want to see the video of the new “Star Wars: Tales from the Galaxy’s Edge” virtual reality experience for yourself, check it out below. 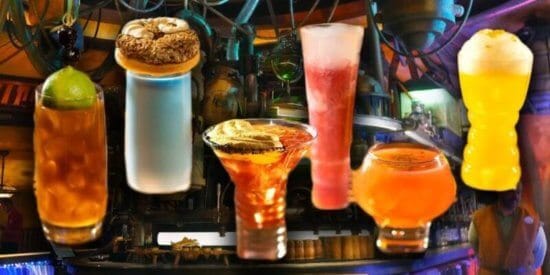 Some of our personal favorite cocktails offered at Oga’s Cantina include the Fuzzy Tauntaun, The Jedi Mind Trick, the Bespin Fizz, or the Jabba Juice. If you’re looking for a full drink guide to this Galaxy’s Edge bar, check out our article here.

What do you think? Do you want to see a new bar hit Galaxy’s Edge? Let us know in the comments below.

If you want to visit Disneyland or Walt Disney World on your next family vacation, but aren’t sure where to begin planning, then don’t hesitate to reach out to our friends over at the Authorized Disney Vacation Planners at Academy Travel for a free quote.