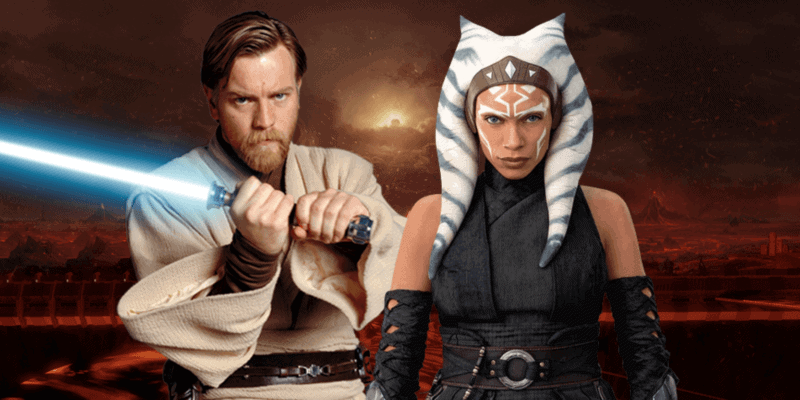 We don’t know much about the plot details of the upcoming Disney+ Star Wars series, OBI-WAN KENOBI: An Original Series.

Related: ‘Aladdin’ Actress in the Running To Star in Obi-Wan Kenobi Series

What we do know about the show is that it will begin filming in January 2021 in the United Kingdom — both London’s Pinewood Studios and Boston, UK — and that it will be set approximately 10 years after the events of Star Wars: Episode III – Revenge of the Sith (2005).

We also know that Ewan McGregor is set to reprise his role as Jedi Master Obi-Wan Kenobi and that Hayden Christensen will once again appear as Anakin Skywalker/Darth Vader — both actors also appeared as these characters in the Star Wars prequel trilogy.

A short synopsis of the Deborah Chow-directed mini-series reads:

“Tatooine, a desert planet where farmers work hard under the heat of two suns. Meanwhile, they try to defend themselves and their loved ones from the Tusken marauders. A planet behind the edge of civilization. And a place where it would be unlikely to find a Jedi master, or an orphan child on whom the future of the entire galaxy weighs on its small shoulders.”

All of this begs the question, “Will Obi-Wan meet Anakin’s Padawan, Ahsoka Tano, during the series?” The answer is, possibly.

The timing, as you will discover below, certainly works out — and, Jon Favreau and Dave Filoni recently debuted Rosario Dawson’s live-action portrayal of Ahsoka in The Mandalorian Season 2, Episode (Chapter 13: The Jedi).

Furthermore, Dawson will be appearing in her own Mandalorian spinoff — simply titled Ahsoka — that is set to continue her story arc from the Mandalorian and two animated series, Star Wars: The Clone Wars and Star Wars Rebels. Ahsoka will be searching the galaxy for Grand Admiral Thrawn (possibly played by voice actor Lars Mikkelsen in live-action) and fellow Jedi Knight Ezra Bridger (possibly played by voice actor Taylor Gray in live-action).

The Mandalorian and its spinoffs, of course, are set much later than OBI-WAN KENOBI: An Original Series — the adventures of Din Djarin (Pedro Pascal) and Grogu (AKA The Child AKA Baby Yoda) take place approximately five years after the events of Star Wars: Episode VI – The Return of the Jedi (1983), which is about two decades after Revenge of the Sith.

Related: Rosario Dawson Calls Getting Cast as Ahsoka ‘the Force at Work’

CBR shares details about how Ahsoka’s role in the Star Wars timeline could play into an OBI-WAN KENOBI cameo:

While some information is known about the greater Star Wars universe during those ten years [the decade following Revenge of the Sith], it’s an ambiguous time in Ahsoka Tano’s life. However, the Ahsoka novel by E.K. Johnston does reveal that Ahsoka aligned with the Rebellion during 18 BBY, or roughly one year after Revenge of the Sith (19 BBY).

Obi-Wan Kenobi will take place during 9 BBY, during the thirteen year gap where Ahsoka actively worked alongside Bail Organa in the Rebellion. This indicates that Ahsoka might embark on missions against the Empire. Her endeavors could pit her against various Inquisitors hunting Obi-Wan, and their paths may cross consequentially.

As a result of Lucasfilm President Kathleen Kennedy’s 2020 Walt Disney Company Investor Day presentation, we know that The Mandalorian is now the epicenter of the Star Wars universe. Additionally, Deborah Chow has previously worked on Mandalorian episodes, so it makes sense that she would be interested in using OBI-WAN KENOBI: An Original Series as a potential jumping-off point for the upcoming Ahsoka spinoff.

There is certainly the possibility for Ahsoka Tano’s story to be further developed over the course of the standalone season. It would also be incredibly fun for Star Wars fans to see Anakin’s Padawan and his Jedi Master meet one another.

Rosario Dawson’s Ahsoka Tano has been incredibly popular among the Star Wars fan community, so it also serves to reason that Disney and Lucasfilm creatives will want to utilize her in as many ways as possible while her popularity as a live-action character is at its peak.

At this time, neither OBI-WAN KENOBI nor Ahsoka have official release dates and both, along with The Mandalorian Season 3 and Rangers of the New Republic, are absent from Disney’s 2021 release schedule.

What do you think? Following her live action debut, will we see Ahsoka and her famous white lightsaber duo in OBI-WAN KENOBI: An Original Series?