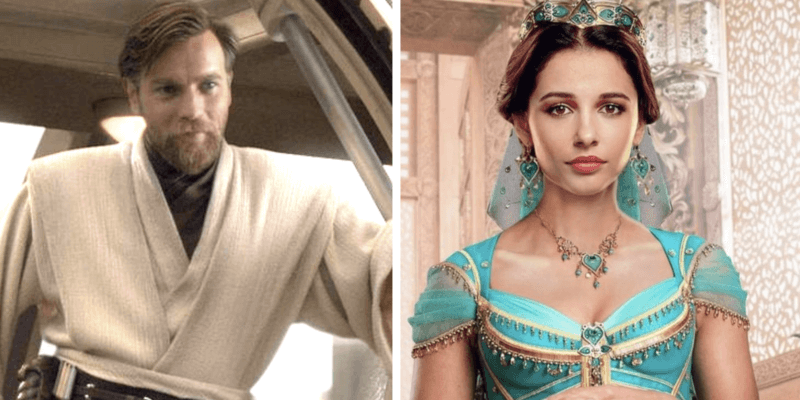 For a series as highly anticipated as the upcoming Disney+ Obi-Wan Kenobi show, details have been extremely hard to come by.

Now, however, we finally have some casting details beyond Ewan McGregor reprising his role as the famed Jedi Knight.

The Illuminerdi has shared that the team behind the upcoming streaming Star Wars series are currently casting for a handful of roles:

Currently there are four new roles casting for the upcoming series, with one being listed as a co-lead to McGregor’s Obi-Wan Kenobi:

BIPOC means “black, indigenous, and people of color,” so it is likely that inclusion will be important to the casting directors — and fit with The Walt Disney Company’s current inclusion initiatives in all sectors.

As per The Illuminerdi’s report, there are three actresses — Naomi Scott, Thuso Mbedu, and Anula Nevlekar — in the running for the co-lead part of “Riley/Eve.” One of these ladies will be very familiar to Disney fans.

Naomi Scott portrayed Jasmine in the live-action version of Aladdin (2019).

Other than the three actresses who are reportedly in the running to play opposite McGregor’s Kenobi character, there are no names attached to any of the roles.

At this time, the series is tentatively titled Pilgrim — the name, however, like the names of the characters in this casting report, could change by the time filming begins at Pinewood Studios in London in March 2021.

The Mandalorian’s Deborah Chow will direct all six episodes of the Obi-Wan Kenobi standalone series, which is set to take place between Star Wars: Episode III – Revenge of the Sith and Star Wars: Episode IV – A New Hope.
Current Lucasfilm President Kathleen Kennedy and Carrie Beck will serve as producers alongside Chow.

Who do you hope gets the female lead in the next Disney+ Star Wars series?