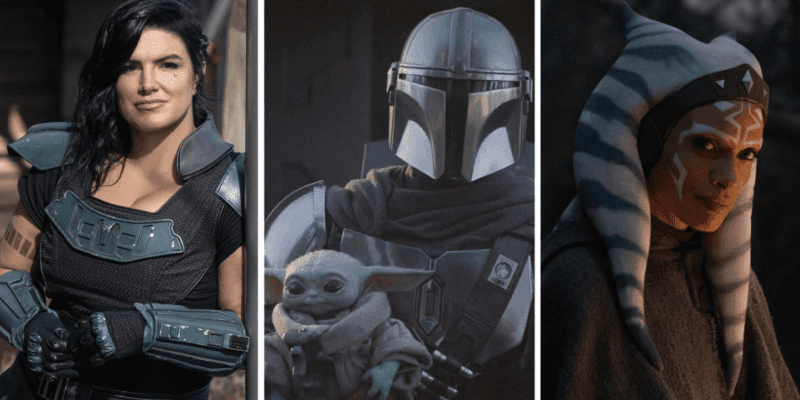 Things have been murky at best with understanding what is happening with The Mandalorian Season 3 and its spinoffs — Ahsoka, Rangers of the New Republic, and The Book of Boba Fett.

First, there was confusion related to whether or not The Book of Boba Fett — announced during the post-credits scene of The Mandalorian Season 2 Episode 8 — the season finale and the show’s latest episode — was actually set to be the third season of The Mandalorian.

Once that was cleared-up — it is, in fact, a separate project altogether — by none other than Mandalorian creator and showrunner Jon Favreau on Good Morning America, people began wondering exactly when the third season and the various spinoffs were set to release.

At Disney’s 2020 Investor Day event, Lucasfilm President Kathleen Kennedy confirmed that “the next chapter” in The Mandalorian saga would begin in December 2021. Since this came on the heels of the announcement of Ahsoka and Rangers of the New Republic, fans and news outlets alike presumed this meant both spinoff series — plus The Mandalorian Season 3 — would debut in December of next year.

Now, however, this does not seem to be the case. Disney officially unveiled its 2021 release schedule today, and The Mandalorian Season 3, Ahsoka, Rangers of the New Republic, and OBI-WAN KENOBI: An Original Series — set to feature Ewan McGregor reprising as the Jedi Master and Hayden Christensen reprising as Darth Vader — are all noticeably absent from the schedule.

Instead, The Book of Boba Fett is the only Mandalorian spinoff currently listed on the 2021 release schedule. It is set to feature bounty hunter Boba Fett (Temuera Morrison), with his famous beskar armor, and sharpshooter Fennec Shand (Ming-Na Wen).

The other Star Wars project on the schedule is the animated series Star Wars: The Bad Batch. The exact release dates of The Book of Boba Fett and The Bad Batch have not yet been revealed.

This indicates that when Kennedy said “next chapter,” she may have been referring specifically to the Boba Fett show, not to the entire upcoming Mandalorian library, which has become the epicenter of the Star Wars galaxy. All four series are purported to be set in the same general timeline, approximately five years after the fall of the Galactic Empire in Star Wars: Episode VI – The Return of the Jedi (1983).

For those who are unfamiliar with the premises of the two Mandalorian spinoffs that do not appear on Disney’s 2021 release schedule, Ahsoka is set to feature Rosario Dawson reprising her role as the Star Wars: The Clone Wars and Star Wars Rebels fan-favorite character. She will, presumably, be continuing her story arc from The Mandalorian Season 2, Episode 5 (Chapter 13: The Jedi) and search the galaxy for Grand Admiral Thrawn and Ezra Bridger.

Rangers of the New Republic, on the other hand, has scant details available at this time but is likely to have been conceived as the rumored Cara Dune (Gina Carano) spinoff.

Stay tuned to Inside the Magic to for the latest on The Mandalorian Season 3’s official release date and what to expect for Din Djarin (Pedro Pascal) and Grogu next.

One Mandalorian theory indicates that Season 3 will see us headed to Naboo, a familiar planet for Star Wars prequel trilogy fans — this is where Padme Amidala (Natalie Portman) hails from and where she begs Anakin Skywalker (Hayden Christensen) to return to before he becomes Darth Vader in Star Wars: Episode III – Revenge of the Sith (2005).

Star Wars fans will, unfortunately, have to play the waiting game to find out for sure what happens next for our unlikely Mandalorian armor-clad hero. Hopefully we will learn the release date for new episodes sooner rather than later.

Are you upset the next season of The Mandalorian may not come out until 2022 or later?