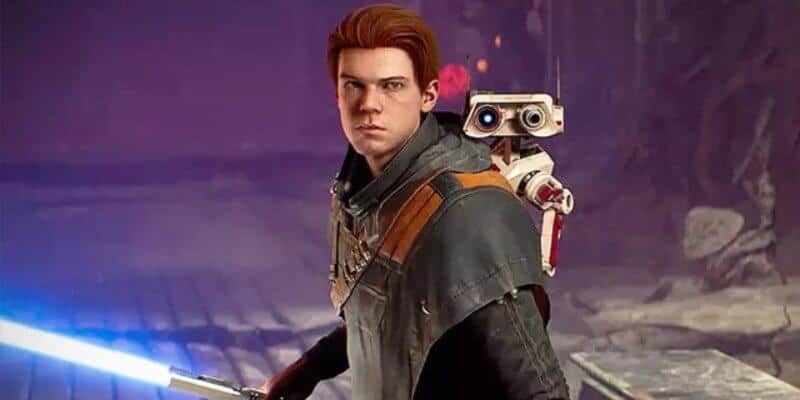 Rumors surrounding a sequel to Star Wars Jedi: Fallen Order are getting stronger than Darth Vader in Empire Strikes Back — and a new Tweet may have confirmed a follow-up to the successful video game.

Other than Lego Star Wars: The Complete Saga and Star Wars: Battlefront II (2005), no other video game has gained so much respect from Star Wars fans like Fallen Order (2019).

Introducing a new Force user, Cal Kestis, into the Star Wars Universe, Fallen Order opened up a world of possibilities by weaving themes of successful Star Wars films and TV shows, like The Clone Wars, Star Wars, into an immersive landscape. It gave fans what they had been waiting for since games like Star Wars: The Force Unleashed.

Though notable Star Wars figures like Luke Skywalker, Princess Leia, and Han Solo weren’t present in the video game, fans were pleased with a new look into a galaxy far, far away with Cal Kestis (Cameron Monaghan). Following the events of Order 66 in the prequel trilogy, we got to see an in-depth into how a survivor dealt with the aftermath of that deadly event.

Here’s an in-depth description of the game if you’re unfamiliar with Fallen Order:

“‘Star Wars Jedi: Fallen Order’ is an action-adventure game set after the events of ‘Star Wars: Revenge of the Sith.’ Develop your Force abilities, hone your lightsaber techniques, and explore the ancient mysteries of a long-lost civilization – all while staying one step ahead of the Empire and its deadly Inquisitors.”

Hey #gamedev #gamedevjobs twitter, I'm looking for an experienced Producer to come work with me on Star Wars @Respawn ! We're a small production team and rarely have openings so hit me up quick if your interested or have questions!! Job details here⬇️https://t.co/4GiQuwqsaB

“Hey #gamedev #gamedevjobs twitter, I’m looking for an experienced Producer to come work with me on Star Wars @Respawn! We’re a small production team and rarely have openings so hit me up quick if your interested or have questions!!”

Respawn Senior Producer Blair Brown may have spilled the beans when Tweeting that Respawn is looking for an “experienced Producer” for their new Star Wars game.

This post shows that the small powerhouse behind successful games like Titanfall and Apex Legends is recruiting game developers for an upcoming Star Wars video game. With Battlefront 3 and Star Wars Jedi: Fallen Order 2 being teased lately, Brown could have meant either game.

However, it’s important to note that Respawn only worked on Fallen Order, with EA publishing the game. It would be odd if DICE were to hand over a new Battlefront game to Respawn since they have no experience with the franchise, so Brown was likely hinting about a Fallen Order sequel.

Fallen Order has sold over 10 million copies and earned a 9/10 rating on Steam, so it’s clear that Star Wars fans are eager for more from Respawn.

With the news that Lucasfilm Games came back from the dead — much like Emperor Palpatine, but hopefully, less (in)sidious — fans are gunning for the chance to play as Cal Kestis once more and continue his ongoing journey in this Star Wars saga. In addition to perhaps returning to the video game space, Kestis will become the latest Star Wars character to join the Disney Parks Legacy Lightsaber collection this fall.

We know that Ubisoft is working on an open-world Star Wars game, and EA has committed to making better developed Star Wars games, so Respawn could be joining the crew to revive Star Wars video games.

Whether or not there’s a continuation of this successful Star Wars Galaxy video game, Cal’s lightsaber became a Legacy Lightsaber at Dok Ondar’s Den of Antiquities in Star Wars: Galaxy’s Edge in both the Walt Disney World Resort and Disneyland Resort. Now, you can rock the saber of the Padawan survivor with a Jedi Holocron from the Disney Parks!

Do you want a Fallen Order 2? Let us know in the comments below!