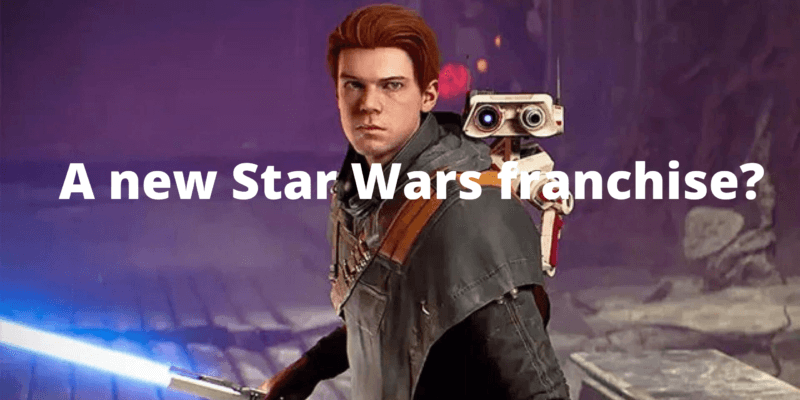 If you’ve not played Jedi: Fallen Order, you’re missing out on an incredible Star Wars storyline set five years after the end of the Clone Wars (more on that later).

On an earnings call, EA’s CEO Andrew Wilson just confirmed that EA is now working on a brand new Star Wars franchise, confirming that Star Wars Jedi: Fallen Order is but the first in the story that they are wanting to tell through these video games.

This shouldn’t come as a huge surprise to fans of the game. It did very well on sales and told a story that included Jedi, Sith, and a famous Star Wars character that I will mention in a second so… spoiler warning!

The first game follows a Padawan Jedi, Cal Kestis, who survived the events of Star Wars: Revenge of the Sith as he embarks on a journey that takes him from a Padawan in hiding to Jedi Knight facing up against an Inquisitor and a confrontation with Darth Vader himself. Joined by his fearless droid, Cal travels across several unique biomes throughout the Star Wars Universe in his journey with fresh characters and an authentic Star Wars story.

Gameplay was tough as well, saving the galaxy wasn’t easy and it made the game fun for veteran gamers like myself!

Related: Read some of our favorite Star Wars-related things you can do while stuck at home

The developers of Fallen Order, Respawn, have just recently put up job listings in order to find senior positions within their Star Wars team, all the confirmation we need that a sequel is in the works.

EA is unlikely to stop at Fallen Order 2 and will likely have a number of Star Wars games in the works. With word recently announced that Taika Waititi would be directing a theatrical Star Wars movie, there’s bound to be game in the works for whatever he is cooking up.

If the same team is taking on more entries in the franchise then this Star Wars fan is going to be very happy indeed.

Are you excited about the potential of carrying on the story of Jedi Fallen Order and seeing a new franchise born? Let us know in the comments below!