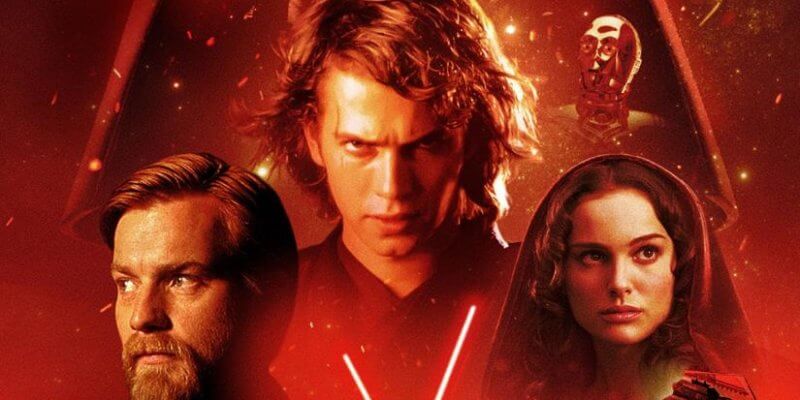 Go back in time to May 2005 when Revenge of the Sith first graced our screens as the current end to the Skywalker Saga. While many fans who grew up with the original trilogy were still angry over what George Lucas had done to Star Wars with the prequel trilogy, there were thousands of younger fans walking out of the movie after enjoying their first real taste of the Star Wars franchise.

I was one of those fans as back in 2005 I was 15 and seeing Episodes 1, 2 and 3 at the cinema was my first proper experience of the Star Wars franchise. I had, of course, watched the original trilogy on VHS, but you can’t quite beat your first experience of watching Star Wars at the movies.

I must admit, in my friendship group we rarely have a get together that doesn’t include a line from Revenge of the Sith.

Obi-Wan’s “Hello there” and “I HAVE THE HIGH GROUND” have become staples for us to joke around with.

While it may seem funny to think of a movie from 2005 as a cult classic, but the prequel trilogy was one of the first pop culture events for Gen Z and one that is now being looked back on with fond nostalgia. Even older fans who generally dislike the prequel trilogy will often admit that Revenge of the Sith is a decent movie.

It’s hard to refuse how much of a cultural impact that Revenge of the Sith has had on Gen-Z but I also think it’s fair to say that the movie has had a huge impact on older Star Wars fans as well.

Outside of the “Reylo” memes on Twitter, Revenge of the Sith has quickly become the most talked-about Star Wars movie across social platforms.
I absolutely love the movie and although I am going to get a lot of flak for this, would rate it higher than Empire Strikes Back in my overall list of Star Wars movies.

What do you think: do you think Revenge of the Sith is worthy of the title of a cult classic? Let us know in the comments below!

Comments Off on Have Younger “Star Wars” Fans Made “Revenge of the Sith” a Cult Classic?