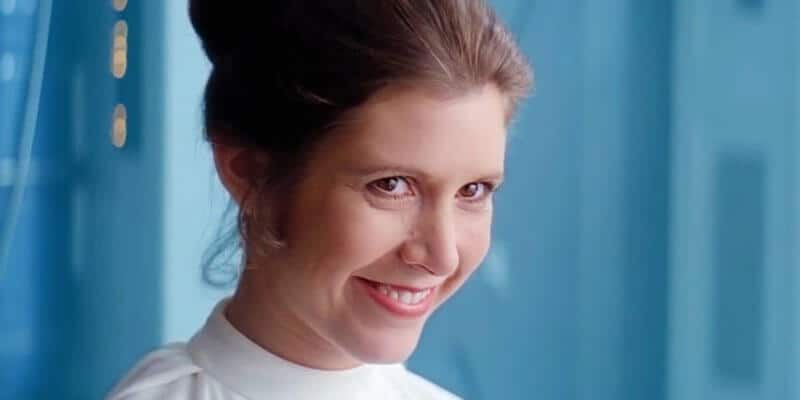 If you think your Leia cosplay looks like Carrie Fisher, think again! Instagram user Lilypond81 has nailed this look and given us the ultimate General Leia cosplay. Looking through this social media feed, it’s like you’ve taken a trip to a galaxy far, far away!

Any Star Wars fan can tell you what a sad time 2016 was, as we lost the legendary Carrie Fisher. The actress was known primarily for her contributions to Star Wars as the always iconic Princess Leia Organa (later promoted to General).

Yet, Fisher’s legacy has not been forgotten. Fans love the princess of Alderaan and continue to cosplay as her to this day.

However, Lilypond81 has taken things to the next level. Her Leia cosplay is scarily accurate. Every last detail is there, from the hair, to the pitch-perfect costume, to the blaster. Check it out for yourselves!

Additionally, this isn’t the Instagram user’s only Star Wars cosplay style! Take a look at some of these. This cosplayer has used her resemblance to Fisher to her advantage and produced some incredibly accurate costumes.

The cosplay superstar even met the legendary Princess herself.

Who is Princess Leia (Carrie Fisher) in the Star Wars universe?

Leia Organa is easily one of the most iconic Star Wars characters. Indeed, she appeared in seven core Skywalker Saga films, with major roles in six of them — she was a baby in Episode III: Revenge of the Sith (2005).

Fisher’s character was an essential part of the series from the very beginning. Her adventures on the Death Star alongside her brother Luke Skywalker (Mark Hamill) and eventual love-interest Han Solo (Harrison Ford) made Star Wars an instant hit. Things became even more interesting in Episode V: The Empire Strikes Back and Episode VI: Return of the Jedi (1983) when we find out she’s actually Darth Vader’s daughter.

However, her later role as “General Leia” bought the character to a new generation in the Star Wars sequel trilogy. Her back-and-forth with Poe Dameron (Oscar Isaac) was beloved by Star Wars fans. Additionally, after Fisher’s passing, the character was given an appropriately poignant send-off in Episode IX: The Rise of Skywalker (2019).

The legacy of Carrie Fisher as Princess Leia

Carrie Fisher was always an integral part to the Star Wars franchise. She, along with Harrison Ford, Mark Hamill, and Billy Dee Williams (Lando Calrissian).

You may know that Fisher also starred in later movies like Star Wars: The Force Awakens opposite her daughter, Billie Lourd. The young actor even played Leia herself in a flashback in The Rise of Skywalker. However, you may not know that Fisher also came from a famous family. She was the daughter of Debbie Reynolds, famous for such roles in Singin’ in the Rain and How the West Was Won.

Regardless of whether you know her as General or Princess Leia Organa, Carrie Fisher will always live on in our hearts.

Check out @lilypond81 on Instagram to the incredible Leia cosplay for yourself.

All nine Star Wars movies are available for streaming on Disney+. You can stream every film in the series from the mind of George Lucas right now!