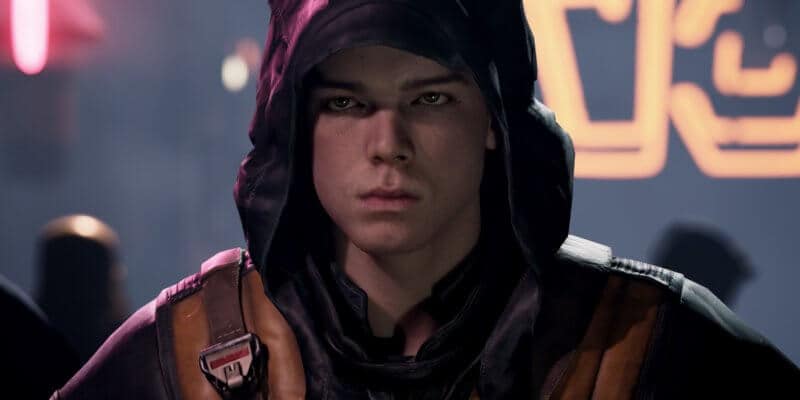 **SPOILERS ahead for The Bad Batch Episode 7**

Now, thanks to The Bad Batch, Episode 7 (“Battle Scars”), it looks like Filoni could potentially be gearing up to bring a new fan-favorite Star Wars character to television.

After the delivery, the clone trooper squad notices a robed figure watching them. The figure turns out to be none other than Captain Rex (Dee Bradley Baker) — and he’s not happy that Hunter and his crew still have their inhibitor chips.

Rex takes Clone Force 99 to the junkyard planet Bracca to visit a scrapped Jedi cruiser that is equipped with the medical equipment necessary to remove inhibitor chips. As Clone Wars fans know, Rex’s inhibitor chip was removed by Ahsoka Tano (Ashley Eckstein) and a team of droids on a very similar ship after he received a specific order to execute her when Emperor Palpatine’s Order 66 was initiated.

The duo had been tasked with transporting Darth Maul back to Coruscant and were en route when the infamous Order was given.

While the removal of the Clone Force 99 team’s inhibitor chips — particularly after Wrecker could no longer fight Order 66 — is crucial to the advancement of The Bad Batch story, the setting on Bracca could also prove to be extremely important moving forward.

In fact, it may have been Filoni and Co.’s way of teasing the TV debut of a popular canon Star Wars video game character.

The Padawan of Jedi Master Jaro Tapal, Kestis served alongside his mentor in the Clone Wars until the Grand Army of the Republic betrayed its Jedi officers, after receiving the command to execute Order 66 from Supreme Chancellor Sheev Palpatine. As a result, the clone troopers of the 13th Battalion attempted to execute Kestis as a traitor to the Galactic Republic, forcing General Tapal to sacrifice himself in order to save his apprentice. After his master’s death, Kestis lived in exile on the planet Bracca, working as a rigger for the Scrapper Guild until he was discovered by the Second and Ninth Sisters, Inquisitors of the Empire.

Given Kestis’s immense popularity in the Fallen Order franchise — and the popularity of his astromech droid, BD-1 — there have long been rumors that he will appear in a Star Wars series, either in live-action or animation.

By taking viewers to Bracca right in the middle of Cal Kestis’s story within the Star Wars timeline, Filoni could very well be setting up the character’s first television appearance. Clone Force 99 has yet to encounter anyone from the Jedi Order in the new post-Order 66 Imperial world, and a Kestis appearance would be the best form of fan service — something Favreau and Filoni have perfected in The Mandalorian Season 1 and Season 2.

What do you think? Could PlayStation and Xbox series favorite Cal Kestis show up in The Bad Batch or another upcoming Dave Filoni-led Star Wars series?

Comments Off on Is Dave Filoni Bringing Cal Kestis to a ‘Star Wars’ Series?