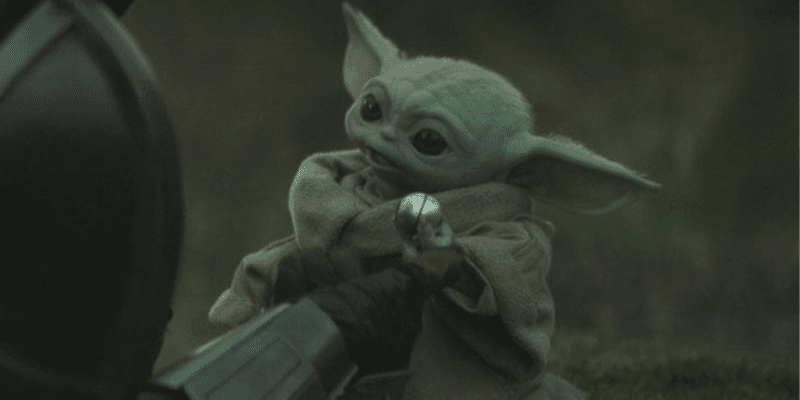 Although Star Wars: The Bad Batch hasn’t become the pop culture phenomenon that The Mandalorian almost immediately did, the series has still offered more than a few treats for tried-and-true Star Wars fans.

Since the first episode (“The Aftermath”) started with a bang — literally — as we watched clone trooper soldiers who had faithfully served alongside Jedi General Depa Billaba for years turn on her and brutally murder her in front of Caleb Dume  (later Star Wars Rebels fan-favorite Kanan Jarrus), The Bad Batch has been offering up old-school Star Wars action at its best.

But, along with the action, Dave Filoni has been doing one of the things he does best and infusing his latest Star Wars story with just the right amount of emotion.

Brand new character Omega, a female clone who has never left Kamino, joined Clone Force 99 — Hunter, Wrecker, Tech, and Echo (all voiced by Dee Bradley Baker) — on their journey after Governor Tarkin sent them on a mercenary mission to kill “Separatists” (who turned out to be refugees under the protection of Clone Wars character, Saw Gerrera) and Crosshair turned on them, joining the Galactic Empire.

Omega has quickly become the “Baby Yoda” of The Bad Batch, turning a battle-hardened soldier like Hunter into a father figure in the span of only four episodes. Sound familiar Din Djarin fans?

Now, as it turns out, Omega might be even more closely connected to Djarin’s foundling, Grogu, than we realized.

In Episode 4 (“Cornered”), Fennec Shand (Ming-Na Wen) is working as a bounty hunter — and she’s after Omega. Though we’re not told who Boba Fett’s future right-hand woman is working for, the intriguing thing is that she genuinely seems to take to Omega, who many fans already believe is a Force-sensitive clone, the “perfect” clone Emperor Palpatine had wanted the Kaminoans to create for years

In 19 BBY, when The Bad Batch is set, Shand would probably have been a teenager, assuming she’s about 45 years old in The Mandalorian Season 2, which takes place around 9 ABY.

This means the young woman was still highly impressionable, and it’s quite possible that the way she felt about Omega deep down impacted her reaction to another Force-sensitive youngling about 28 years later.

They remain steadfast in their debt to Djarin until Grogu is rescued and safely on his way to train in the ways of the Jedi Order under the tutelage of Jedi Knight Luke Skywalker (Mark Hamill).

It seems very possible that Shand’s dedication to finding and helping Grogu was not just about her loyalty to Fett, who saved her life, but about the feelings she still held for another child she once knew.

Both Omega and Grogu are experiencing the galaxy with wide-eyed curiosity, not to mention the fact that they’ve both turned hardened and formidable warriors into caring father figures. As a result, whatever happens to Omega in relation to Shand’s hunt could very well be foreshadowing Shand’s future with Grogu.

Furthermore, in addition to foreshadowing Shand’s future mission, the mere existence of Omega foreshadows Grogu’s existence. A Force-sensitive child who has the potential to change the galaxy?

We’ve been watching this play out for two seasons already in The Mandalorian and, now, Filoni is brilliantly teasing the existence of Grogu with a little girl who came long before we ever knew he existed.

Do you think Fennec Shand was more deeply impacted than we know by Omega?

Ming-Na Wen will once again reprise her role as Fennec Shand in The Book of Boba Fett in December 2021. The Mandalorian spinoff series was introduced in a post credits scene following the Season 2 finale episode. It will also star Morrison as Boba Fett and will take place on Tatooine.