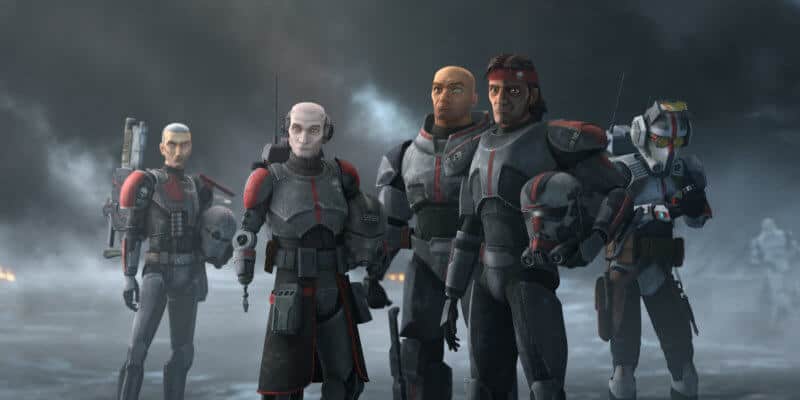 When most people — even if they aren’t big Star Wars fans — think about a galaxy far, far away, they think of the fight between Bail Organa’s Rebellion (led by his daughter, Princess Leia, in the original trilogy) and the Galactic Empire.

Before the Rebellion began, however, were the Clone Wars. This era, featuring Star Wars icons like Jedi Masters Anakin Skywalker and Obi-Wan Kenobi, and fan-favorite Padawan Ahsoka Tano, played out in Dave Filoni’s animated series, Star Wars: The Clone Wars.

But, what of the days following the end of the Clone Wars?

One thing Star Wars fans may not have spent a lot of time thinking about — because it’s an era that simply hasn’t been largely explored — is the fact that nobody knew exactly what Imperial rule meant at first.

In fact, inhabitants of some Star Wars planets, particularly in the Outer Rim territories, were actually glad Sheev Palpatine declared himself Emperor because, in their minds, it meant the end of the fighting and the end of the fear. Little did they know…

Dave Filoni’s new animated series, Star Wars: The Bad Batch, explores the execution of Palpatine’s Order 66 from a brand new standpoint — through the eyes of Clone Force 99 (Hunter, Tech, Echo, Wrecker, and Crosshair) — and on the cusp of a new era, the days after the official end of the Clone Wars.

At a recent Bad Batch press conference, which Inside the Magic attended, head writer Jennifer Corbett shared thoughts about exploring this new era:

“I just found it intriguing and engaging to watch a series where you know, we’ve seen the Clone Wars where it’s the height of-of the Clone Troopers doing what they’re meant to do, and what they were created for.And you know, the question became, ‘What happens after the war is over? What happens to clones who all they know, um, is being soldiers?’ Especially for the Bad Batch who do things differently as it is with the Republic and how they fit in once it becomes the Empire.”

“Because obviously, two very different regimes, and…how they react to this new environment and the new way of doing things and new way of following rules. Which again, isn’t their [Clone Force 99] favorite thing to do…it was interesting to just sort of talk about the transition from the Republic to the Empire and what that looks like, because it’s not-it’s not what we saw in the original trilogy.”

“…the transition-the sudden, shocking transition from Republic to Empire, that it becomes a suddenly much more rule-based power structure of the galaxy.”

Filoni and his team, including director Brad Rau, have created an incredible, immersive world for Star Wars fans in The Bad Batch. This exciting new series will help connect the dots between the events of Star Wars: Episode III – Revenge of the Sith (2005), Star Wars: The Clone Wars, and George Lucas’s original trilogy.

What do you think about delving into this little-explored part of the Star Wars timeline?