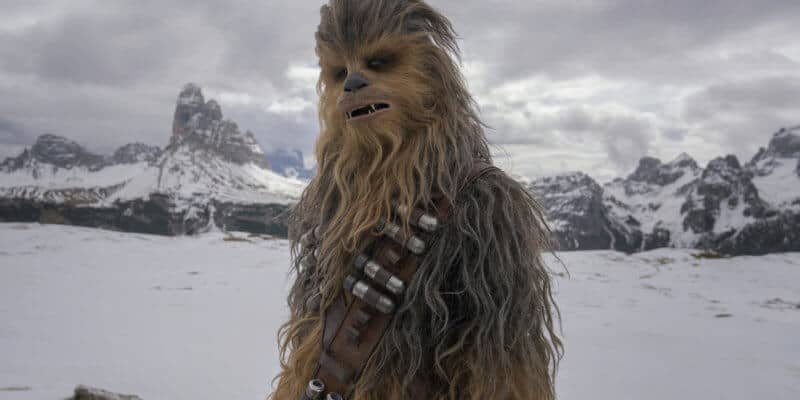 If you’re a Mandalorian fan — and let’s face it, who isn’t? — it’s been a long few months with very little news to tide us over until we get an official release date for showrunner Jon Favreau and executive producer Dave Filoni’s Season 3. Short of receiving official confirmation that Pedro Pascal will reprise his role as titular bounty hunter, Din Djarin, there hasn’t been a lot to go on.

We don’t even know where Grogu (AKA “Baby Yoda”) is going to show up again. As a matter of fact, he may not even be part of the third season at first now that he’s galavanting around the galaxy with Jedi Knight Luke Skywalker — and maybe even Mara Jade.

Now, however, we might finally have some new information about what to expect when The Mandalorian Season 3 graces our screens sometime in 2022. According to a new report, Wookiees — or, at least a Wookiee — will be making an appearance in the third Mando season.

The rumor notes that a “Wookiee or Wookiees” are expected to appear in The Mandalorian Season 3, but no further details have been provided at this time. It’s also important to point out that neither Lucasfilm executives nor Favreau and Filoni have confirmed that any Kashyyyk natives will show up next season.

But still, you’re thinking what we’re thinking, right? There’s only one Wookiee we really want to see make a Mandalorian cameo and his name is Chewbacca.

And, even if the time jump Pascal previously teased is true, we know that Chewbacca survives until the end of the Skywalker Saga — he was flying the Millennium Falcon in the fleet scene with Lando Calrissian (Billy Dee Williams) at the end of Star Wars: Episode IX – The Rise of Skywalker, for those who may have forgotten about our fearless furry hero’s survival.

This means that it’s quite viable for Chewbacca to meet Djarin on his journey in Season 3. Plus, Joonas Suotamo — who took over the role of Chewbacca following original trilogy actor Peter Mayhew’s death — has expressed interest in playing the lovable Wookiee again.

No promises on a CGI Harrison Ford playing Han Solo, though.

For now, we’ll just have to wait and see if these rumors of a Wookiee appearance are even true — or, if it’s a completely different Wookiee, like Chewbacca’s wife, Mala, or even a new original character.

What do you think? Will we see Wookiees in The Mandalorian Season 3?

Currently, The Mandalorian Season 3 and its two interconnected spinoff series, Rangers of the New Republic (rumored to feature Star Wars Rebels favorite Hera Syndulla in her live-action debut) and Ahsoka (starring Rosario Dawson as Ahsoka Tano), do not have release dates. Mandalorian creator Jon Favreau has confirmed that the “next chapter” in the saga, The Book of Boba Fett (starring Temuera Morrison as Boba Fett and Ming-Na Wen as Fennec Shand) will debut on Disney+ in December 2021.

Comments Off on Chewbacca, Other Wookiees Reportedly Making ‘Mandalorian’ Debut