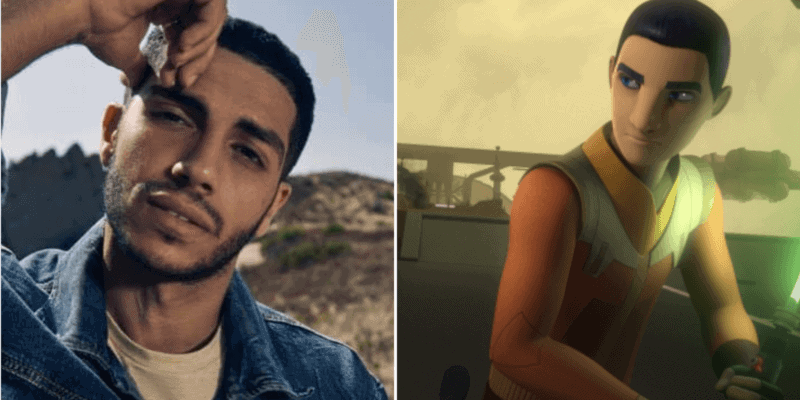 Ever since The Mandalorian Season 2, Episode 5 (“Chapter 13: The Jedi”) introduced Grand Admiral Thrawn to Jon Favreau and Dave Filoni’s live-action Star Wars universe, it has been a foregone conclusion that the villainous character will play a role moving forward.

This revelation shocked the Star Wars fan community and immediately led to online speculation about which other characters from the animated series Star Wars Rebels could be making their live-action debuts. The obvious answer to this, of course, is Ezra Bridger.

Voiced by Taylor Gray in Rebels, Tano’s fellow Jedi sacrificed himself to get Thrawn’s ship away from the known Star Wars galaxy in the show’s series finale.

Since Thrawn has been officially introduced into The Mandalorian saga, fans expect that Tano’s search for Thrawn and Bridger will be the focus of the upcoming Mandalorian spinoff series, Ahsoka. This show will air concurrently with The Mandalorian Season 3 and Rangers of the New Republic, interconnecting with both other series in a sort of trilogy.

While we don’t have full details about any of these Star Wars series, Pedro Pascal has been confirmed to reprise his role as bounty hunter Din Djrin and we can assume Grogu will be back, perhaps accompanied by Jedi Master Luke Skywalker.

Now, thanks to talented artist Apex Form on Twitter, Star Wars fans have gotten their first look at how Mena Massoud — the frontrunner for the live-action Ezra Bridger role — could look as the Jedi character.

Recently Massoud has been fueling the rumors that he’ll be playing the Rebels jedi in future star wars projects. So after hearing this news, I had to make a render and after seeing the end result…GIVE THIS MAN THE ROLE!! He has the look for sure and he has the necessary charisma to play Ezra. What do you think?

This impressive artwork certainly gets us excited about seeing Bridger’s live-action debut — we love the attention to detail, right down to the character’s facial scarring.

Bridger sustained the scars after taking a lightsaber blow to the face while fighting the Inquisitor alongside his Master, Kanan Jarrus (Freddie Prinze Jr.).

Massoud played the leading role in Disney’s live-action Aladdin (2019) adaptation, so he has prior experience with The Walt Disney Company. The “fuel” Apex Form was referring to is a recent Instagram post that Massoud captioned with an Ezra Bridger quote — “Just so you know, when I escape, I won’t hurt any of you.”

At this time, Lucasfilm has not confirmed any news regarding Ezra Bridger casting, but Massoud is certainly doing his part to suggest he has accepted the role of the fan-favorite Jedi Knight.

Casting for Grand Admiral Thrawn has also not been shared, though many fans are hoping that Marvel star Robert Downey Jr. will take on the blue-skinned villain. Another Marvel Cinematic Universe star, Benedict Cumberbatch, was also connected to the role at one point, but he has denied any involvement.

What do you think? Does this new artwork get you excited for the possibility of seeing Mena Massoud play Ezra Bridger?