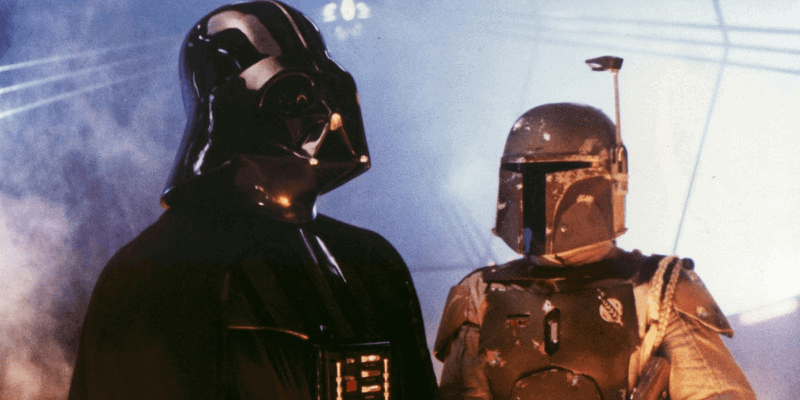 Disney+ dropped some retro content this week, including a rare Boba Fett appearance. One thing Disney+ audiences love about the streaming service is their impressive catalogue. Not only are they able to offer new movies, either with Premier Access for an additional fee, like Raya and the Last Dragon (2021) or for free, like Soul (2020), but they bring deep cuts from blockbuster franchises like the Star Wars Skywalker Saga and the Marvel Cinematic Universe.

As of April 2, 2021, Disney+ subscribers have access to the Star Wars vintage collection. The new collection includes the aforementioned Ewok titles — Caravan Of Courage: An Ewok Adventure (1984), Ewoks: The Battle For Endor (1985) and Star Wars: Ewoks, an animated series that ran for 2 seasons from 1985-1986. Another animated series from the same era, Star Wars: Droids will be available by the end of the year.

In perhaps the deepest of all deep cuts, Disney+ has also given us the obscure “The Story of the Faithful Wookiee,” the first ever Star Wars cartoon, and the first on-screen appearance of legendary Star Wars bounty hunter Boba Fett. The reason it is so obscure is that “The Story of the Faithful Wookiee” was released as an animated segment in the infamously silly, campy, (and seriously flawed) The Star Wars Holiday Special (1978). The special was so universally panned by critics and Star Wars fans, that it was totally buried — never to be rebroadcast or available on home video after the original airing on CBS.

Even with all of the Star Wars Holiday Special’s problems, “The Story of the Faithful Wookiee,” is a pretty decent, and definitely watchable, piece of Star Wars nostalgia. Star Wars fans know that we first saw the bounty hunter icon Boba Fett in his theatrical debut in The Empire Strikes Back (1980). But, Boba Fett’s true first appearance was as Darth Vader’s henchman in this animated short. This segment has been difficult to find, because it was buried along with the rest of the Holiday Special.

It remains to be seen if Disney+ will unleash the Holiday Special in its entirety or continue to keep it encased in carbonite. Audiences can, however, look forward the latest Boba Fett storylines in the The Mandalorian spin-off series, The Book of Boba Fett in December 2021.

Recently, a clip from the original Clone Wars series went viral, so if some of the characters look familiar and you’ve never previously watched the Tartakovsky show, that might be why!

What’s your favorite obscure piece of vintage Star Wars on Disney+? What else do you hope to see added to the collection? Let us know in the comments.