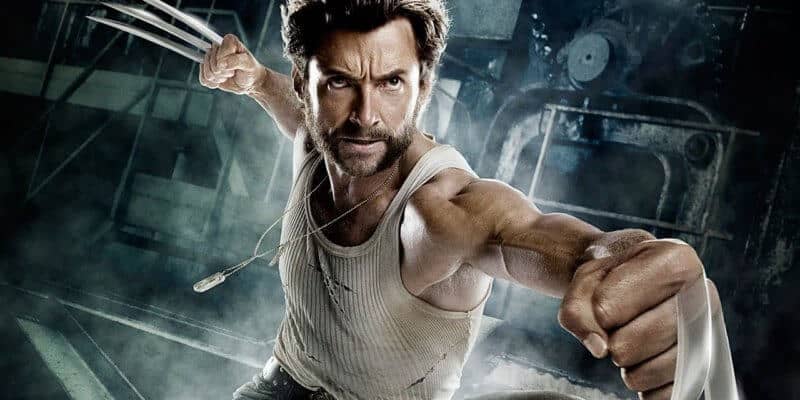 It’s official. Marvel Studio’s latest original series The Falcon and the Winter Soldier is the most popular show in the world. It has surpassed its predecessor WandaVision in only three episodes. The show follows Sam Wilson/ Falcon (Anthony Mackie) and Bucky Barnes/ The Winter Soldier (Sebastian Stan) on a global adventure. Written by Malcolm Spellman and directed by Kari Skogland, the new show fills the void while audiences wait for Black Widow on July 9th, 2021.

Warning: This article contains spoilers for Episode 3 of The Falcon and the Winter Soldier, “The Power Broker” which premiered on Disney + Friday, April 2, 2021. If you have seen the latest episode, continue reading.

The Falcon and the Winter Soldier builds a lot on the ground that WandaVision established. While some Marvel fans were ultimately let down when WandaVision failed to introduce mutants to the Marvel Cinematic Universe, Marvel Studios is not backing down from hinting at the X-Men in their latest series.

Now that Disney purchased 20th Century Fox, Marvel boss Kevin Feige can introduce as much — or as little — of the X-Men he wants. And clearly, he has no problem teasing Marvel fans, starting with that tongue-in-cheek casting Evan Peters as the fake Pietro in WandaVision. Because the Scarlet Witch and her twin brother Quicksilver are mutants in Marvel Comics, fans hoped Wanda Maximoff (Elizabeth Olsen) would be retconned in the MCU to be mutant.

It was the cameo that launched a thousand theories. MCU fans begged for another cameo before the end of the series, wishing for Michael Fassbender’s Magneto or Professor X to show up. They wanted any hint that the Hugh Jackman (Wolverine) X Men franchise would somehow merge into the Marvel Cinematic Universe instead of just being rebooted.

Marvel Studios is working on its first take on the X Men Universe in an upcoming film, rumored to be called The Mutants and to hit theaters in 2025. That is a long way off, but it gives Marvel Studios a lot of room to slowly build up to them in the intervening time. They may start right now with The Falcon and the Winter Soldier.

In the latest episode, “Power Broker,” Sam and Bucky break Baron Helmut Zemo (David Brühl) out of his cell, where he has been since Captain America: Civil War (2016). From there, Zemo leads the dynamic duo to Madripoor, the first reference to the X-Men in this episode.

Madripoor is pulled straight from Marvel Comics. In canon, it is the place where Wolverine first met Captain America/Steve Rogers. Just like it appears in this episode, Madripoor is home to all sorts of criminals and some special agents like Sharon Carter (Emily VanCamp) who are trying to avoid extradition.

The team heads there to try to figure out where Karli Morgenthau (Star Wars actress Erin Kellyman) and the rest of the Flag Smashers got their hands on the super-soldier serum. The Flag Smashers was to return the world to how it was during the Blip – the time between Avengers: Infinity War (2018) and Avengers: Endgame (2019).

Wilson and Barnes want to get a jump on the New Captain America/John Walker (Wyatt Russell) and Battlestar/Lemar Hoskins (Clé Bennett). The battle for the Captain America mantle and his iconic shield is put on hold for this episode. Carl Lumbly and his tragic story are only briefly mentioned.

Chris Claremont’s Marvel Comics Presents: Wolverine (1988) story explored Logan’s time in Madripoor and centered around a bar called The Princess Bar, which had a blink-and-you’ll-miss-it Easter egg in the form of a neon sign. The moment is more than a call-out for eagle-eyed fans — it shows that Marvel is not afraid to start bringing in elements of its newly acquired Fox franchise.

Because not even a moment later, Marvel fans are treated to a character pulled straight from an X-Men comic — Selby (Imelda Corcoran). Selby shares a name with a member of Stryfe’s Mutant Liberation Front, who had the power to communicate with technology.

The character that appears briefly in Falcon and the Winter Soldier bears little resemblance to her comic book counterpart. However, it is a pretty unique name, so she is clearly meant to serve as a reference to the minor X-Men character.

It seems unlikely that Marvel will introduce a confirmed mutant in The Falcon and the Winter Soldier since there are so few episodes left. However, this appears to be the blueprint for how Marvel Studios will start to weave some of these elements into the future of the Marvel Cinematic Universe.

As of now, the earliest fans can expect an actual mutant to show up in the MCU is Deadpool 3. Rumors currently place the Ryan Reynolds film release date as November 3, 2023, but nothing has been confirmed at this time.

But if The Falcon and the Winter Soldier is any indication, then more small characters are on their way to the small screen. The X-Men have almost as many characters as the rest of the Marvel Universe combined, so there are plenty more for the MCU to choose from.

Let us know in the comments below if you caught any more references to the mutants that we missed. Are you excited to see Jean Grey or Cyclops again soon?