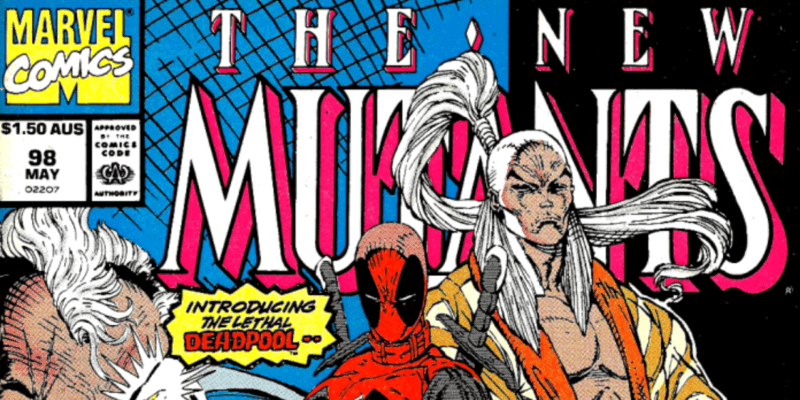 Ever since Disney bought Fox and brought the movie rights of the X-Men back home to Marvel, fans have been waiting with bated breath for word on how they will work fan-favorite mutants like Wolverine, Professor Xavier and Magento into the Marvel Cinematic Universe.

Now the potential title for Marvel Studio’s first foray into the X-Men may have leaked online.

Marvel fans spent a lot of time dissecting every scene of WandaVision looking for hints as to how Kevin Feige and company will introduce the X-Men. Wanda Maximoff/ Scarlet Witch (Elizabeth Olsen) is a mutant in the comics and WandaVision hinted at Pietro Maximoff / Quicksilver’s return when they cast Evan Peters to cameo in the series.

And while WandaVision fans held their breath for a Magneto cameo that never came, the appearance of Peters indicated they may not simply toss the old X-men franchise away. 20th Century Fox spent the better part of the last twenty years introducing and establishing Charles Xavier and company to fans.

It was the cameo that launched a thousand theories, most of which centered on the multiverse since that is where Marvel’s Phase 4 is clearly headed with Doctor Strange in the Multiverse of Madness. Marvel fans clearly want to keep some of the things they liked from Fox’s Legacy X-Men films and do not want to see all the time they spent with Hugh Jackman’s wolverine to be written off.

Although there are certainly films in Fox’s franchise they would like to see forgotten (i.e. anytime they tried to adapt Jean Grey’s Dark Phoenix Saga), there are stories that they want to see continued. When Disney announced all the upcoming films and series they had slated for the Marvel Cinematic Universe, the X-Men were distinctly missing, leaving fans wondering when they would get to see their favorite characters again.

Now according to TheIllumnerdi.com, they have received word that the title of the upcoming film in the Marvel Universe may not even contain the words “X-Men”:

“The Illuminerdi has learned of a Marvel Studios-led project produced by Marvel CCO Kevin Feige entitled, The Mutants. It’s currently being developed as a feature film and is intended to be a reboot of the X-Men franchise.”

The Mutants feels like it could be a placeholder title — Though it is noteworthy that they did not use “X-Men” in its place. The world of mutants has always been about more than just the X-Men and Fox’s films barely scratched the surface of all the mutant groups in Marvel Comics.

Related: Critics Are Wrong Marvel’s The New Mutants’ Is Great

This title, The Mutants, hints that Marvel is looking to do more than tell the same story over again. Just like when they brought Spider-Man home in Homecoming, they expect their fans to know who these characters are that they have seen in other properties, and they are not going to rehash their origins all over again.

We know that some continuity from Fox will bleed over into Marvel’s X-Men films going forward since Deadpool 3, starring Ryan Reynolds, is in the works. However, do not look to Deadpool for how Marvel will set up The Mutants. The Merc with a Mouth already knows he’s in a movie based on comics and is aware of other realities so transitioning Deadpool will not be the same process as characters like Cyclops and Mystique.

Though we may have seen our first ever Marvel Cinematic Universe in Black Widow, which is available on Disney+. Olivier Richters, who played Ursa Major in Black Widow, claims his blink, and you’ll miss it cameo as a member of the Winter Guard was a mutant

Related: X-Men Character Might Be Introduced as a Villain in Captain Marvel Sequel

Fox already has a long history of X-Men films and Disney has its work cut out for them to set theirs apart. The Mutants could easily delve into another corner of the X-Men universe besides Xavier Academy such as X-Force, X-Factor, or the Uncanny X-men who have yet to get their due in film. Marvel’s mutants could be set to expand on, rather than rewrite the movies that came before them.

Luckily there are Legacy X-Men Movies on Disney+ now. This includes one of the worst Marvel Movies ever made – X-Men Origins: Wolverine (2009).

X-Men Movies not on Disney+

Tell us in the comments below if you like The Mutants title and what you think it could mean.