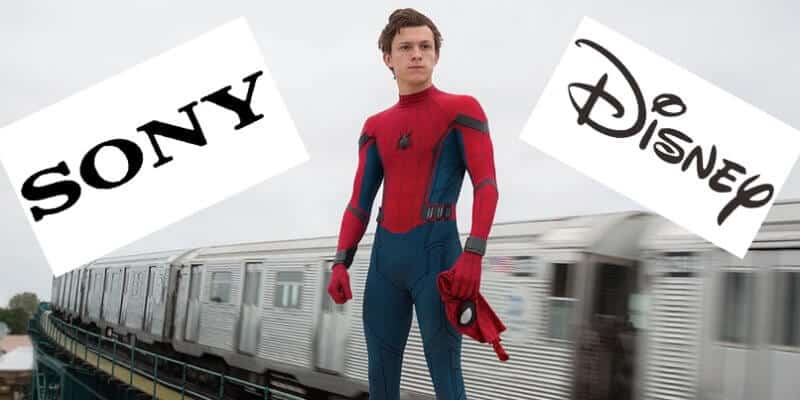 The cinematic rights for the Spider-Man character have been a bit of a roller coaster ride for Marvel fans. Since 1999, Sony Pictures has held the rights to make Spider-Man movies, long before the birth of Kevin Feige’s Marvel Cinematic Universe as fans have come to know it. But, after financial difficulties back in 2014 following a serious email hack, Sony and Disney struck a deal to share custody of the beloved web-crawler.

However, the Sony Marvel Deal has never been as simple as Peter Parker coming home to play with the Avengers. Marvel’s beloved web crawler could play in the Marvel films sandbox alongside characters like Tony Stark AKA Iron Man (Robert Downing Jr.) and Steve Rogers AKA Captain America (Chris Evans). But the majority of the Sony’s rich slate of associated Spider-Man characters like Spider-Woman, Black Cat, and Silver Sable remained locked away.

Tension rose when Sony produced the successful Venom (2018) and questions began about how Venom could — or even should — fit into the MCU. Hearts were broken when the deal seemed to be abruptly dissolved back in August 2019 and Marvel fans thought they would never receive a third movie starring Tom Holland’s Spider-Man. It seemed like Sony’s entertainment division thought they would be more successful in its own Spider-Man franchise, where it would not have to share box office revenue with Disney.

But, another deal was struck and now Spider-Man: No Way Home is on its way to theaters this December.  Speculation has surrounded the film and whether or not it could include some of Sony’s other Spider-Man properties including Tobey Maguire’s version from the Sam Raimi trilogy or Andrew Garfield from the Amazing Spider-Man films.

We know that Benedict Cumberbatch’s Doctor Strange will be stepping up as Peter’s mentor in the next step of Spidey’s journey. Toy leaks have hinted that Spider-Man will be getting a magical upgrade as he did in Symbiote Spider-Man: Alien Reality, a comic book that could have provided some inspiration for the future film.

We know that Alfred Molina is Doctor Octavius AKA Doctor Octopus or Doc Oc. And Jaime Fox’s Electro is coming back. The rumors are so wild it might even bring back Netflix’s Daredevil Charlie Cox.

However, in the background, fans are still holding their breath wondering if this will be the last they will see of Tom Holland’s Peter Parker. If another deal between Disney and Sony is not struck, this could theoretically happen. He’s had many contract revisions over the years so it’s hard for fans to count on a future Marvel Studios film.

Holland’s version of the superhero icon is beloved by Marvel fans all over the internet who do not want to see him go. Now, fans can stop biting their nails with anxiety, because in a recent interview with Collider.com, Holland spilled the beans (as he is prone to do) that a new deal may have already been made.

“The way I understand it is that agreement between the two studios has already happened. I don’t think that they’re going to run into the same troubles that they did as we were going into… was it ‘Spider-Man 2’? ‘Far from Home’ had come out and then the whole thing happened between Sony and Marvel. I think the two studios have worked that out, and I don’t think that that will be a problem in the future. That said, I’m just the actor and I was a part of a few phone calls during that process, but I think they love working with each other, I think they found a way in which it can be beneficial for both studios, and I’m just kind of like a kid in the middle of it, between two parents during an argument (laughs).”

Tom Holland has never been quiet about how he wants to play Peter Parker/Spider-Man for as long as he is allowed to do so. In the same interview, he did confirm that his current contract does end with Spider-Man: No Way Home:

If a new Disney and Sony deal is signed, his contract is nearly certain to be renewed. Any announcement would most likely come after the release of the film, especially with theater attendance still up in the air during the pandemic. Both companies have taken financial hits in the last year, and it is doubtful they will want to mess with the success of Spider-Man in the Marvel Cinematic Universe.

When they announce a fourth Spider-Man MCU film what “home” pun do you think they should name it? I am leaning towards Home Run. Let us know in the comments below.