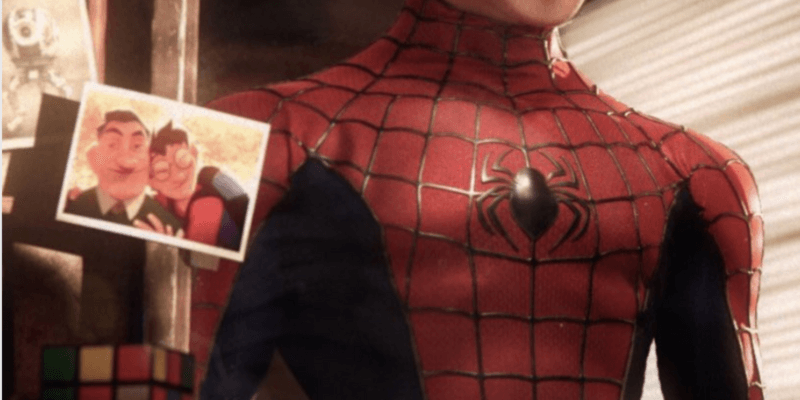 Whether you grew up reading Stan Lee’s Marvel Comics, watching Tobey Maguire take on the Spider-Man mantle in the early 2000s, or laughing at Tom Holland’s MCU Spider-Man’s antics with Tony Stark/Iron Man (Robert Downey Jr.), Peter Parker has helped to shape a lot of lives.

The rights to the Spider-Man character are complicated at best, as Sony Pictures owns the rights to the iconic Marvel character. However, a deal inked with The Walt Disney Company — who has owned Marvel Studios since 2009 — has allowed Holland’s version of the comic book character to appear in multiple Marvel Cinematic Universe films.

This upcoming movie will be set at least partly during the holiday season  — we know this from set photos of Holland and Zendaya (Mary Jane) — and will reportedly be part of the MCU Multiverse. Doctor Strange and the Multiverse of Madness, featuring actor Benedict Cumberbatch, is also, unsurprisingly, expected to be part of the Multiverse.

Little is known about the plot of the movie, but some rumors indicate that Holland could once again be donning the black Iron Spider suit as Kevin Feige’s Marvel Universe continues to grow.

As anxious as Marvel fans are for any news about Spider-Man 3, some are taking things one step further and reimagining the franchise altogether. Twitter user Hassan Hamid recently shared incredible fan art by Julen Urrutia, which showcases Spider-Man reinvented as a Pixar style animated character.

The artwork is amazing, with Spider-Man zooming through the streets of New York City, looking in the mirror in a cluttered apartment — complete with a sweet detail, a photo of him (as Peter, of course) with Uncle Ben — and staring straight into the camera with Pixar’s signature look, oversized eyes and ears included.

The only thing to ask about this art is when fans will see it turned into a reality. The thought of a Pixar-style Spider-Man adventure movie is too exciting to ignore, and there must be some way for fans to petition Sony and Disney to collaborate on a project. With the multiverse confirmed to exist, there would be an easy way to explain the Pixar treatment, and there is little doubt that a well-made Pixar animation featuring Spider-Man would be a huge box office hit.

The only question now is who’s going to visit Change.org first.

What do you think about this incredibly fun Pixar Spider-Man movie fan art? Would you like to see the folks in Emeryville give Peter Parker the animation treatment like only they can?

If you don’t want to wait for your next dose of Marvel, remember to catch WandaVision, currently airing on Disney+. The retro-inspired series features Elizabeth Olsen as Scarlet Witch/Wanda Maximoff and Paul Bettany as Vision.