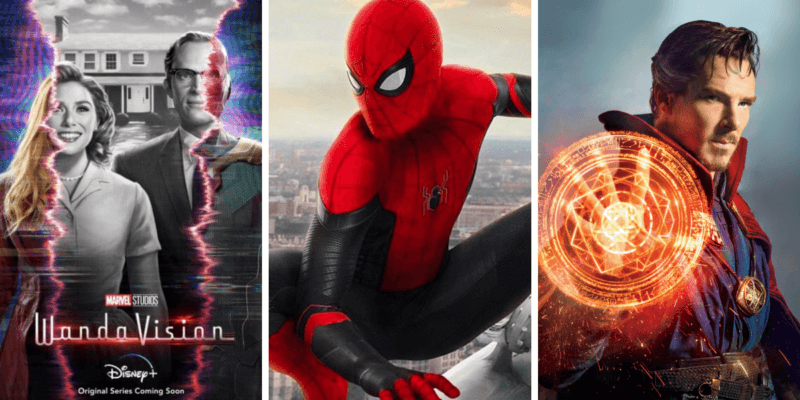 It appears that Marvel Studios could be setting up another trilogy, and it would be the first to truly explore the multiverse.

But, this trilogy would also be the first to not consist exclusively of feature films.

According to one insider, Daniel Richtman, this new multi-verse trilogy will include WandaVision, Spider-Man 3, and Doctor Strange in the Multiverse of Madness. This would be, albeit, a loosely-linked trilogy as Marvel boss Kevin Feige reportedly does not want to overwhelm audiences with multiverse too soon. But, this overlapping storyline will foreshadow things to come in Marvel Cinematic Universe‘s Phase Four.

While this is purely a rumor and should be taken with a grain of salt until Marvel or Disney reports otherwise, it makes sense that such a plan could be put into action.

At Disney’s 2020 Investor Day event, it was confirmed that Marvel’s long-form Disney+ series, WandaVision would lead directly into Dr. Strange in the Multiverse of Madness, and Doctor Stephen Strange (Benedict Cumberbatch) is expected to make an appearance in the third installment of the Spider-Man: Homecoming franchise. They also confirmed that the MCU would take on a more fluid state as Disney+ series and specials like the planned Guardians of the Galaxy Holiday Special will all be included and connected to the feature films.

Having already teased the Multiverse in Doctor Strange, and Spider-Man: Far From Home–with Avengers: Endgame using time travel to introduce the potential existence of multiple realities and timelines–fans will get to explore it more in the upcoming film which is set to feature past Spider-Man actors Tobey Maguire and Andrew Garfield. Tom Holland has been playing Peter Parker/Spider-Man in the MCU since his first appearance in Captain America: Civil War. 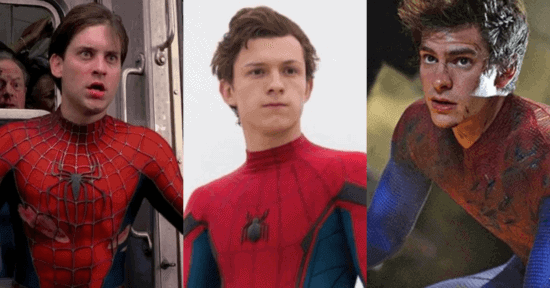 Upon first hearing that former ‘Spider-Men’–as well as others like Kirsten Dunst’s Mary Jane, Jaime Foxx’s Electro, and Alfred Molina’s Doctor Octopus–it seemed that fans will be getting the live-action introduction of Sony Picture’s “Spider-Verse” (first introduced with Miles Morales in the animated feature Spider-Man: Into the Spider-Verse) but now, if this rumor is true, it looks like this next Peter Parker story could begin to draw back the curtain on the maddening multiverse that will appear in Dr. Strange’s long-anticipated standalone sequel.

But, again, this is just a speculative rumor for now. We at Inside the Magic will keep our ears to the ground and report back on any official word from Marvel on the matter when it comes to light.

In the meantime, WandaVision–starring Elizabeth Olsen as Wanda Maximoff/Scarlet Witch and Paul Bettany as Vision–is scheduled to premiere on Disney+ on January 15, 2021.

What do you think about this potential trilogy? Do you think this idea holds any weight? Let us know in the comments!